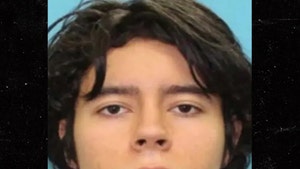 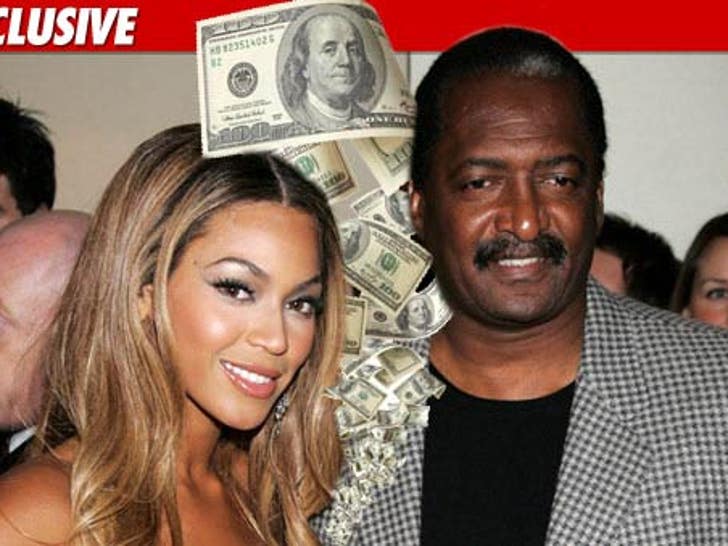 Beyonce's dad has filed legal papers which now explain why the singer fired him as her manager -- he claims she's under the impression he stole lots of money from her, and say it's a bad rap. 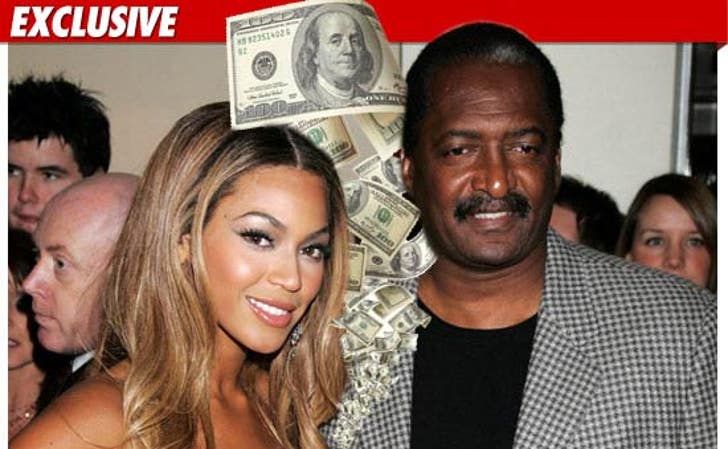 In the documents -- obtained by TMZ -- Mathew Knowles claims Live Nation Entertainment wanted desperately to sink its fangs into Beyonce's 2011 world tour. According to the docs, Mathew claims Live Nation told Beyonce that Mathew "had stolen money from Beyonce on her most recent tour or otherwise taken funds that [he] was not entitled to."

Mathew claims Live Nation was effective, because Beyonce had her law firm conduct an audit, and the law firm concluded Mathew had indeed pilfered money from her. Beyonce then fired him.

Mathew claims after he was canned, Beyonce hired a manager who had worked as a former exec at Live Nation and maintained a relationship with the company.

Mathew insists the theft accusations by Live Nation are false, and he wants the judge to give him the right to take depositions of various people at Live Nation, to determine just how they concluded he was a thief. 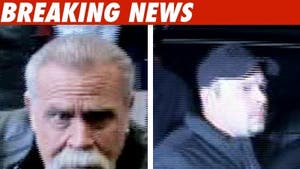 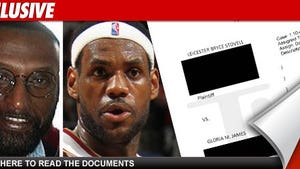