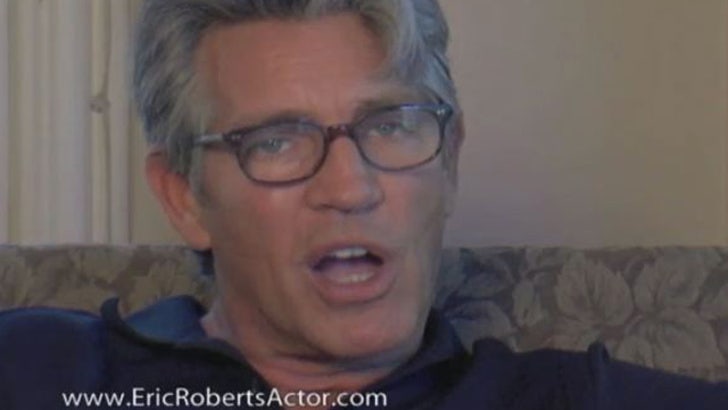 One year after Eric Roberts completed a stint in "Celebrity Rehab" for weed "dependency," the actor is back on the pro-pot bandwagon ... releasing a new video in the hopes of legalizing the green stuff.

Back before he sought treatment last year, Eric's wife Eliza explained how the actor "quit drugs and alcohol in 1995" but still had an "interest in weed."

At the time, Eliza said, "He uses marijuana as a medication. He has a prescription ... however, a dependency is a dependency and he doesn't want to be dependent on it anymore."

Now, in a new video for TellDC.com, Eric is making the argument that if booze is legal, weed should be too ... saying, "Alcohol has destroyed whole civilizations whereas pot has only made a few hippies happy."

He adds, "Pot remains illegal because no one has figured out how to make it profitable for the government yet ... it's political, not protective."