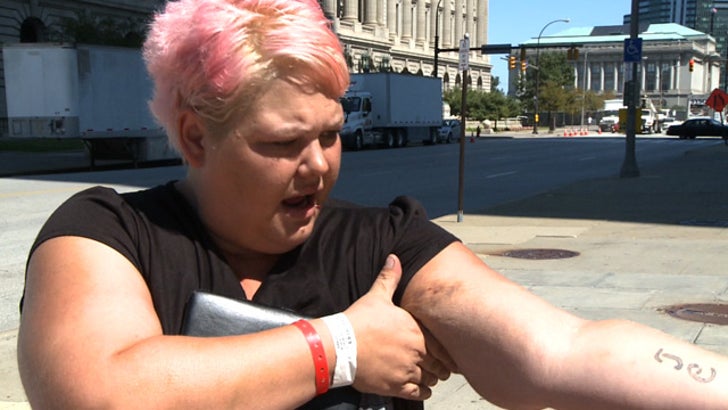 The Cleveland party bus driver who claims Matthew Fox started a fist fight with her ... says the "Lost" star smelled "like a bar" -- and she's definitely pressing charges.

Heather Bormann says she thinks Matthew was drunk when she warned him several times to stop trying to get on the private bus Saturday night -- but she claims "he just stepped in for a right hook to my pelvis area and started wailing on me like I was a man."

Heather says she fought back in self-defense -- landing a left to Matt's jaw -- and today, in downtown Cleveland, she showed off her battle scars ... nasty bruises and an ace bandaged hand. She says she plans to meet with prosecutors tomorrow to press charges.

Heather also explains where she picked up the badass moves she busted out on Fox. 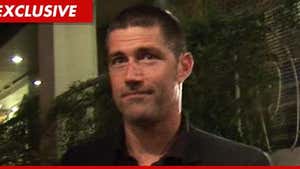