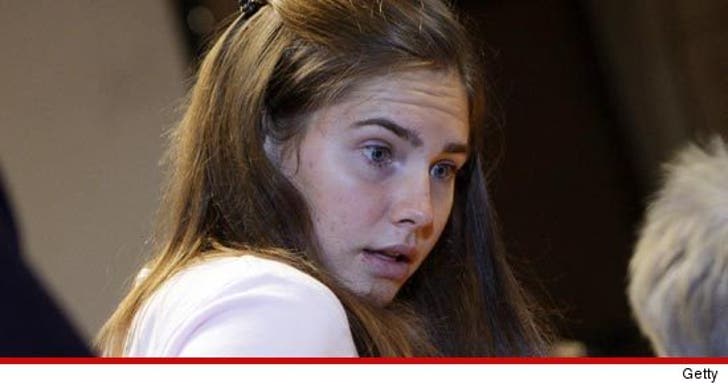 Amanda Knox could be a free woman if her murder conviction is overturned ... and a decision is expected to come down today.

Knox was sentenced to 26 years in jail back in December 2009 for the murder of her roommate, Meredith Kercher. Knox's boyfriend at the time, Raffaele Sollecito, was also found guilty and sentenced to 25 years.

Both Knox and Sollecito appealed and their appeals are being heard together.

The Perugia Court of Appeal in Italy could overturn the conviction and ... if that happens ... Knox would be immediately freed.

But there are actually three other possible outcomes -- the appeals court could uphold the original conviction and sentence, reduce the sentence, or increase it to life in prison.

Italy does not have the death penalty.

Knox addressed the jury this morning, saying, "I am not what they say I am. I did not kill. I did not rape. I did not steal."