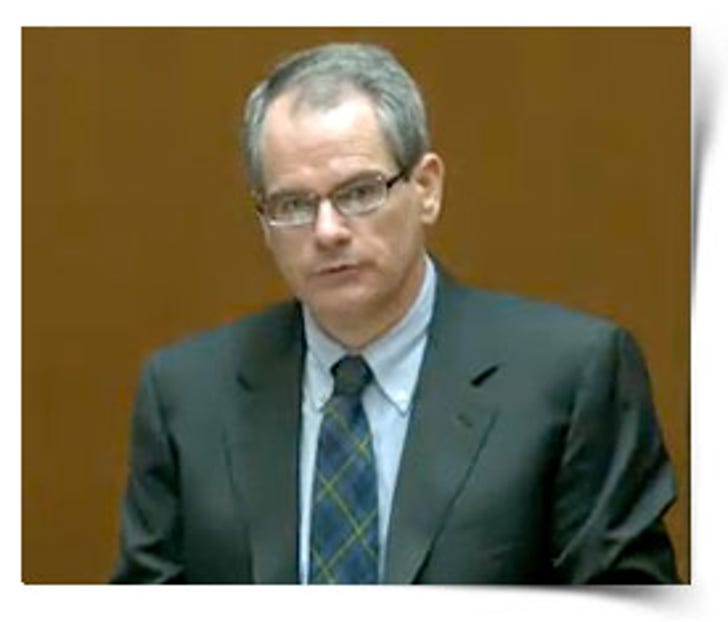 Rogers testified there was no way Jackson could have self-administered thedeadly dose of Propofol during the two minutes Murray told police heleft MJ's bedside.

"In order for Mr. Jackson to administer the Propofol to himself, youhave to believe that he... woke up, although he was at least to someextent under the influence of other sedatives," Rogers said.

Rogers testified no white substance resembling Propofol was found inMJ's throat, stomach, or esophagus ... suggesting the singer could NOT have taken the drug orally without Murray knowing about it.

Rogers -- the Los Angeles county medical examiner -- believed the lack of measuring devices in the singer's bedroom -- means Murray could have easily given the singer too much Propofol.

According to the Rogers, the King of Pop -- who was 5-feet-9 and weighed 136 lbs. -- was well within the normal weight range. The arteries around MJ's heart were free of any fat or cholesterol, showing the singer's heart was healthier than most people his age.

The autopsy showed the 50-year-old singer suffered from an enlarged prostate, Vitiligo, and a chronic inflammation and swelling of the lungs. He also had a polyp in his colon, as well as an area of "irregular pigmentation" on his scalp -- most likely the result of his hair catching fireduring the filming of a Pepsi commercial in 1984.

Rogers told the court he believed a combination of sedatives -- including Propofol -- eventually caused MJ's heart to stop.

During cross examination, Rogers seemed to soften his stance, saying, it is possible MJ self-administered the fatal dose ... though unlikely.