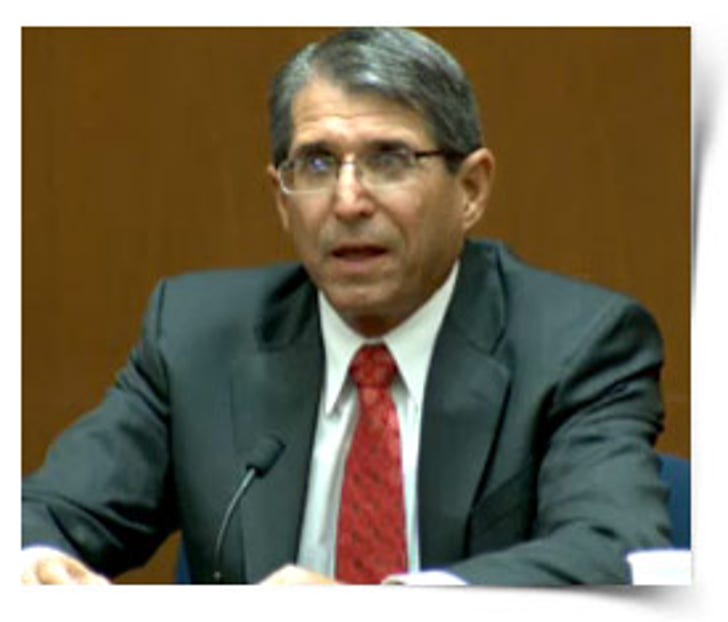 ** Scroll to bottom for today's testimony **

The prosecution has argued ... Murray had MJ on a Propofol IV drip the day he died, resulting in an accidental overdose that killed the singer.

But Dr. White testified, there was no evidence -- either on the scene or in Murray's police interview -- that Murray hooked MJ up to a Propofol IV drip the day he died.

It's worth noting -- Murray admitted during his police interview that he had previously administered Propofol to Michael using an IV drip in the weeks before the singer's death.

According to White, the evidence on scene suggests Murray was only responsible for a small, non-fatal Propofol injection -- and he believes MJ was the one who injected the final and fatal dose.

Other highlights:
* Last week, defense attorney J. Michael Flanagan addressed what he called the "elephant in room," asking Dr. White whether he could justify administering Propofol, and then leaving the patient. White answered, "Absolutely not."
* White told jurors the amount of Propofol that Murray said he gave MJ the day he died was barely enough to reduce anxiety and cause a bit of sleepiness. 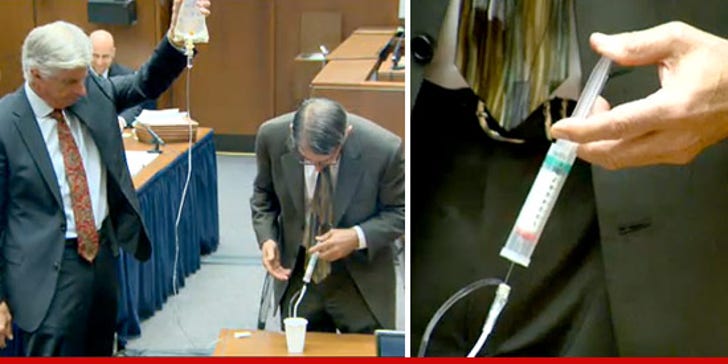 * Not to be upstaged by the prosecution ... White did his own Propofol demonstration on Friday, showing it was not only easy but "perfectly safe" to administer Propofol via injection.
* White said he believed Jackson gave himself a dose of Propofol around 11:30 am -- and that, combined with the Lorazepam and the 25 mg Murray gave him earlier, is what killed him.
* During an aggressive cross-examination yesterday, prosecutor David Walgren got Dr. White to acknowledge that Murray deviated from the standard of care when he gave MJ Propofol.
* White told Walgren he's been paid $11,000 for his testimony so far. He said his usual fee is $3,500 a day.
* White also said it's acceptable for a doctor to leave his patient's bedside after 15 to 30 minutes when administering a "small dose" of 25 mg of Propofol.
* During a particularly contentious moment, Walgren asked White whether Murray had an obligation to report all the drugs he administered to MJ. White said sometimes, in cases of emergency, details are "overlooked." Walgren then asked whether Propofol was "a detail that was overlooked." White answered, "Obviously it was overlooked"... Walgren shot back, "Not obviously... It could also be a lie." White acknowledged that yes, it was possibly a lie. 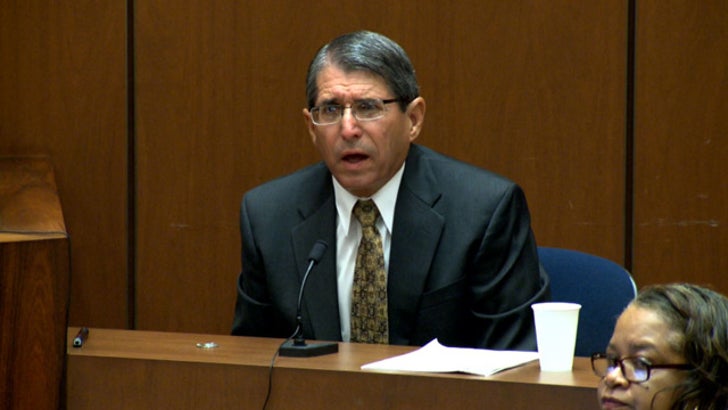 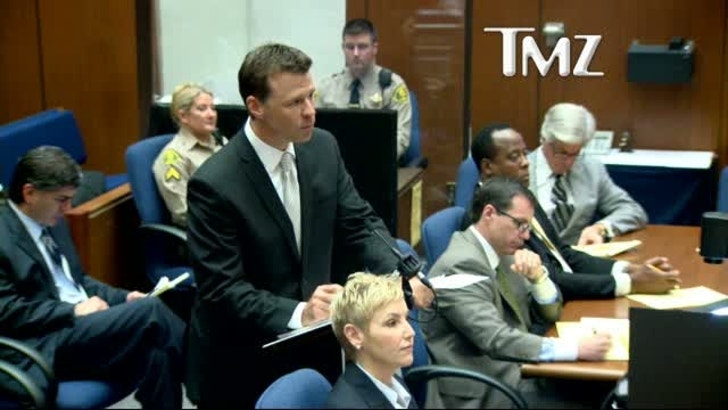 * White acknowledged he would have never agreed to administer Propofol as a sleeping aid ... saying, "no amount of money" could persuade him to do it.
* Judge Michael Pastor warned White to stop mentioning personal conversations he had with Murray ... which could allow the defense to introduce statements by Murray without subjecting him to cross examination. At one point, White suggested Jackson had his own private stash of Propofol... Finally Pastor lost his patience, and excused the jury so he could read White the riot act.
* After the trial resumed, White told jurors it's possible MJ climbed out of bed, found a syringe containing Propofol that Murray left behind and injected himself with the fatal dose.
* Walgren asked White if he thought Jackson intended to kill himself. White answered, "I don't think he realized the potential danger."
* After the defense rested its case, prosecutors recalled Propofol expert, Dr. Steven Shafer, to address a few points raised by Dr. White. White argued that high amounts of unchanged Propofol found in MJ's autopsy urine suggest the singer most likely died from a quick injection rather than a slow drip. But Shafer introduced a 2002 study that showed patients who received Propopfol through a drip in the OR had nearly the same levels.