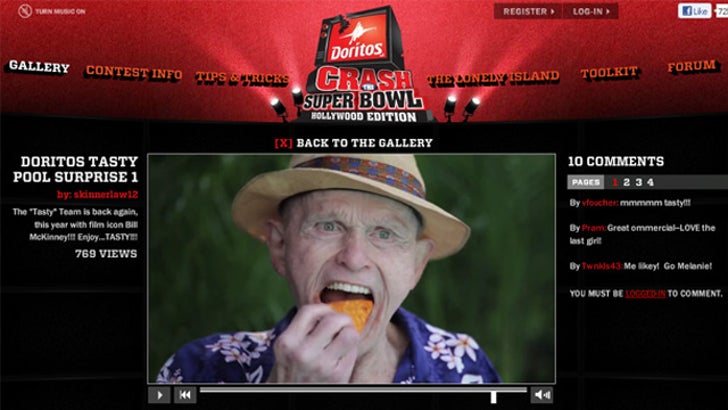 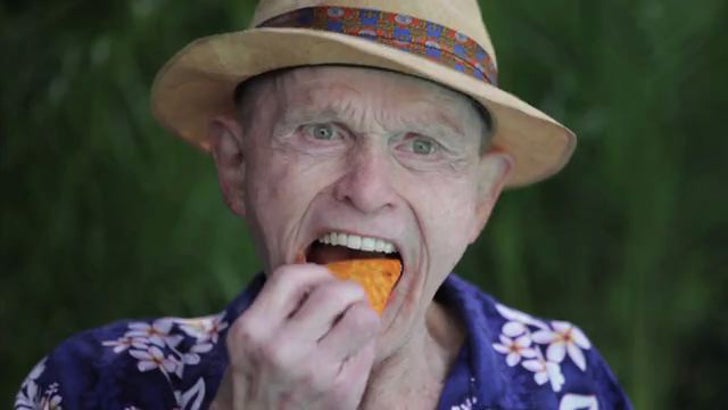 Just two weeks before he died, a lung cancer-stricken Bill McKinney -- who played the "squeal like a piggie" redneck in "Deliverance" -- starred in a hilarious Doritos commercial ... beside a bunch of topless ladies ... and TMZ has obtained the footage.

The 85-year-old played a creepy old man in the TV spot, submitted as part of Doritos' Crash the Super Bowl contest -- a competition to find the chip company's next big Super Bowl commercial. 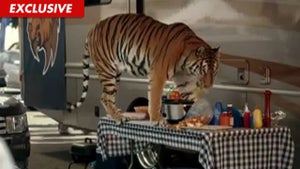