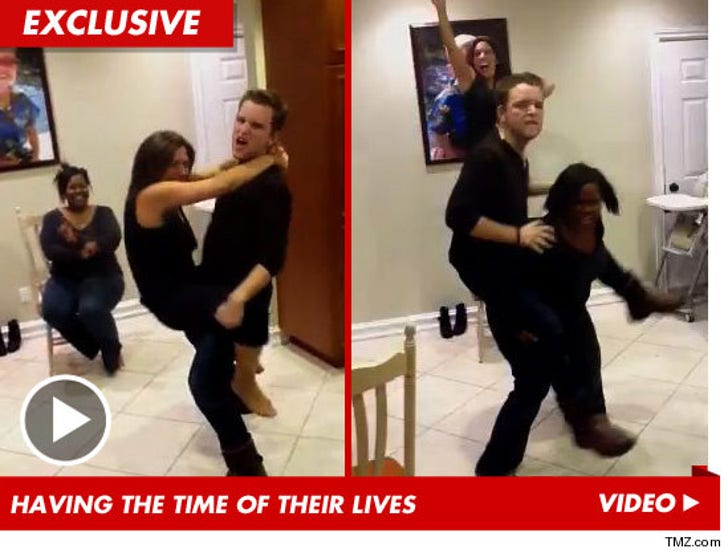 The show "Toddlers & Tiaras" is often criticized for sexualizing young children -- but what you see on TV is nothing compared to what happens when their moms get together for a party.

TMZ has obtained a video of two of the mothers featured on the season premiere of the show ... dirty dancing with a guy during a viewing party attended by several of the moms.

In the video, Lauren (who hosted the party) can be seen straddling a guy named Blake Woodruff, a talent manager who is also featured on the show. Then Blake hops on the back of Crystal and proceeds to ride her, while Lauren dances on a chair behind them.

We're told the dancing all came about when the moms were talking about the criticism the show gets and how it is oversexualized.

What is particularly ironic ... Crystal was featured on the show teaching her daughter Anna Maria how to "booty bounce" (see below). 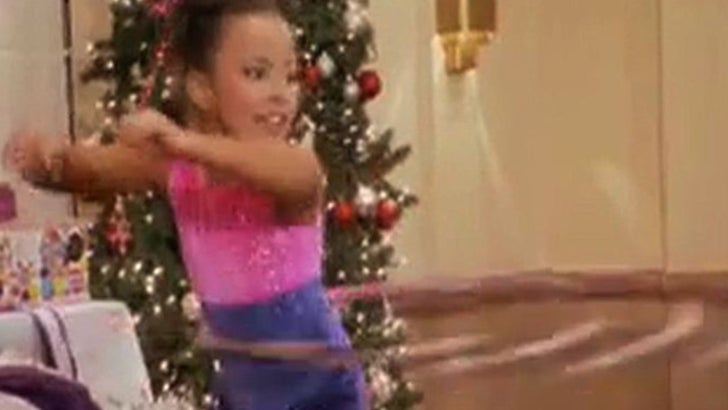 Clearly the apple does not fall far from the tree. 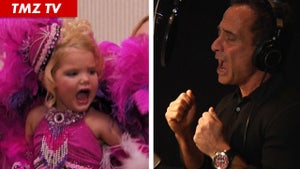 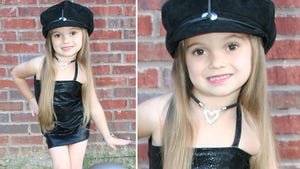