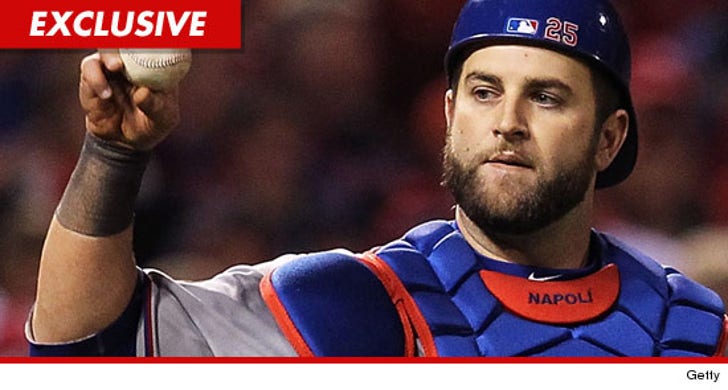 Strike One -- Texas Rangers catcher Mike Napoli allegedly bails on a Dec. 3 autograph session at a Florida sports memorabilia shop just TWO WEEKS before the event ... according to a new lawsuit.

Strike Two -- The shop is owned by Willie McCoy -- a guy who says he's been friends with Napoli since they were 7-years-old ... and thought he could depend on the guy.

Strike Three -- McCoy says his business has been "financially crippled" since the no-show ... and claims he didn't even have enough cash to stock his store with merchandise for the holiday season.

Post-game analysis -- McCoy claims he blew more than $4k on the event -- for things like promotional material, baseballs for Napoli to sign, etc. .... and now he wants Napoli to foot the bill.

Moral of the story -- DON'T DO BUSINESS WITH FRIENDS!!

We placed several calls to Napoli's people -- so far, no response.