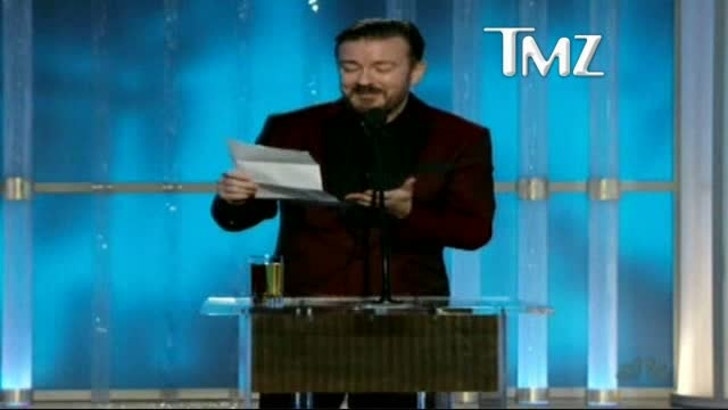 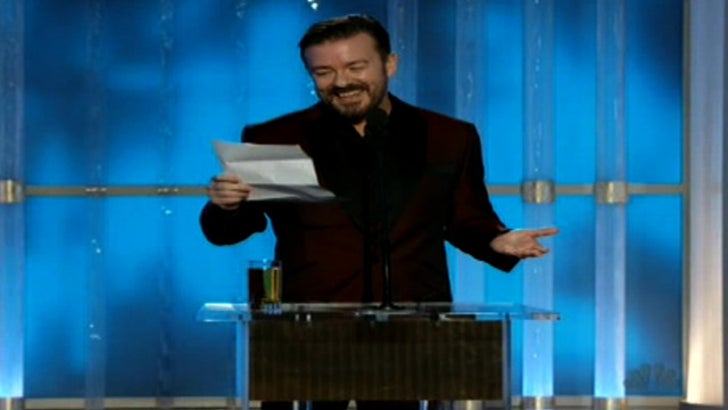 It all went down during the opening monologue, when Gervais said he had been forbidden from discussing anything related to Mel Gibson, including his recent flick, "The Beaver" ... directed by Foster.

Gervais then joked about "Jodie Foster's 'Beaver'" ... saying, "I haven't seen it myself. I've spoken to a lot of guys here, they haven't seen it either. That doesn't mean it's not any good."

Foster -- who was in the crowd -- didn't appear to be too upset by the comment. She's never publicly discussed her sexual orientation.