It was merely a case of bad luck that led to Jay-Z's 40/40 Club racking up a slew of health code violations ... a rep for the club tells TMZ.

As we previously reported, the New York City Department of Health and Mental Hygiene cited the club big time Thursday night for a litany of violations ... which included several different instances of food being stored at improper temperatures.

But Ron Berkowitz, a rep for the club, tells TMZ the motor in one of the refrigerators blew just moments before the health inspector arrived ... causing the temperature in the fridge to rise. Berkowtiz says the staff identified the problem immediately and had no intention of serving the food from that fridge.

Berkowitz says the fridge was fixed by noon the next day and the club was permitted to re-open.

He adds ... the club lost no business as a result of the issue and their health code grade is currently pending review. 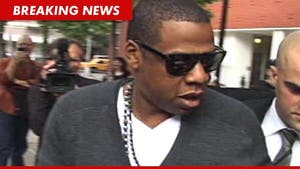