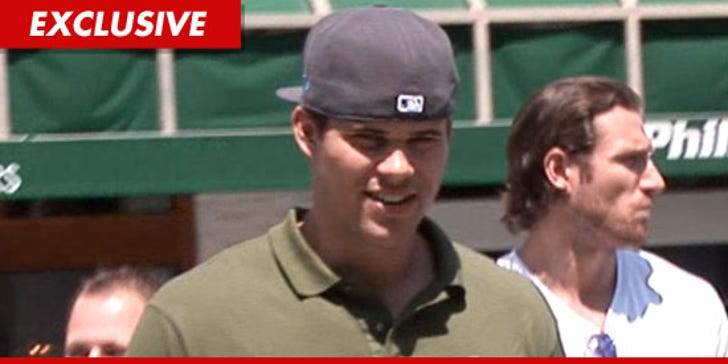 Another big break up for Kris Humphries ... TMZ has learned the former Mr. Kardashian is separating with his high profile publicity team after 73 days of holy matrimony ... exactly one day longer than his marriage.

Sources tell us ... Humphries and Anderson Group Public Relations have decided to end their professional relationship ... due to a major disagreement over a long-term strategy for Kris' off-the-court career.

The two sides first came together around the time Kim Kardashian pulled the plug on the marriage -- after 72 days -- and Kris felt he needed for some advice on how to handle his image through the tough times.

But after the crisis, Kris and AGPR simply did not see eye-to-eye on a post-Kim game plan. We're told AGPR was unhappy with the outcome of Kris' appearance on "Good Morning America" last month.

During the "GMA" appearance, Kris brushed off questions about Kim ... and instead, focused on baking desserts during a cooking segment with his mother.

According to our sources, Kris has already taken on a new PR firm in NYC and wants to focus solely on basketball.

We're told the relationship with AGPR ended on reasonably good terms ... and both sides REALLY want to stay friends.