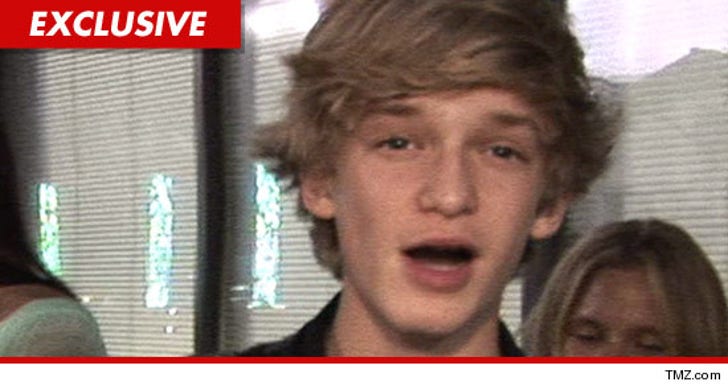 Cody Simpson was the big guest star on the very first episode of the "Sonny With a Chance" spin-off show "So Random!" -- but you wouldn't know it from his paycheck.

"So Random!" premiered last June as its own show once "SWAC" went off the air following Demi Lovato's departure. Cody was the musical guest and performed his song, "All Day."

According to the minor's contract filed in L.A. Superior Court earlier this month, Simpson received $2,906 for the one day of work.

It seems Cody benefitted in other ways -- just a few months after the episode aired, he started dating Kylie Jenner.

Not everything can measured in dollars and cents.