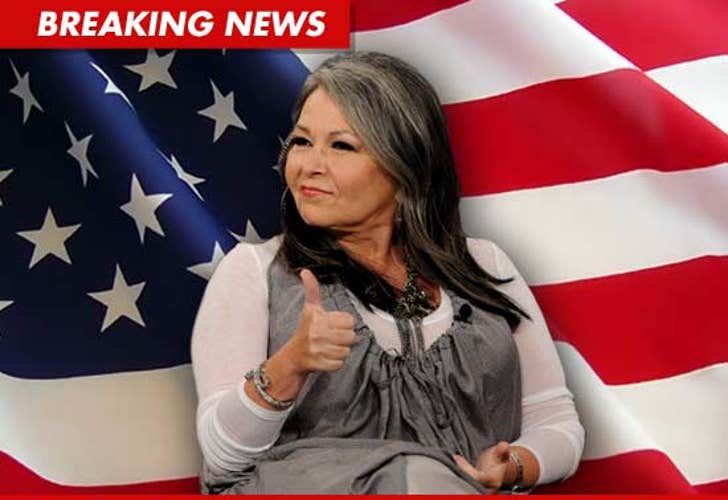 Roseanne Barr -- who famously butchered the National Anthem -- has filed official documents to become the Green Party's nominee for President of the United States of America.

Barr -- who has been waging a Twitter and Facebook grassroots, digital campaign -- has just made it official. She wants to carry the Green Party banner in the November election.

Barr says she's sick of Democrats and Republicans, whom she believes are not working in the best interests of the American people.

So what, you ask, is Roseanne pushing? The answer is simple ... pot. She wants marijuana legalized and sold strictly domestically.

As for the whole Iraq thing ... she'll get back to us.