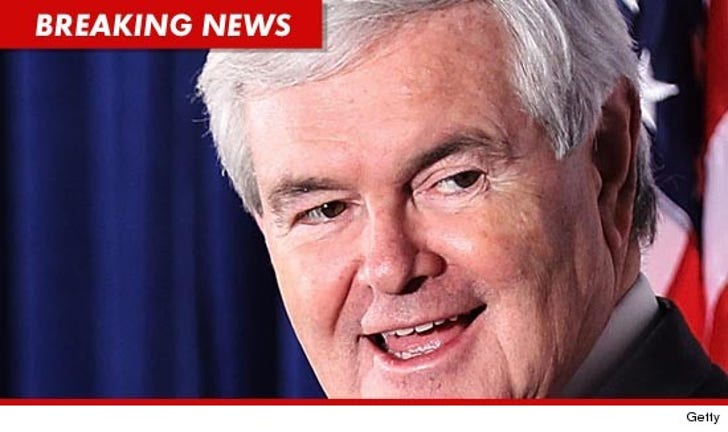 A Florida man has filed a lawsuit against Newt Gingrich and his security team -- claiming he was roughed up outside the Florida Republican Presidential Primary earlier this week ... because he was carrying a sign supporting another candidate.

Dillard claims Newt then noticed his Ron Paul t-shirt and "immediately turned his back" to him and went on to greet other people. That's when Dillard claims several of Gingrich's security team came up to him and tried to "intimidate him into moving from the spot."

Dillard -- who says he was wearing open-toed sandals -- then claims one of the agents "lifted his heeled shoe over Dillard's right foot and dug the back of it into his skin, twisting it side-to-side like he was stomping out a cigarette, causing a fracture to Dillard's right foot."

After a minor tussle, Dillard claims the guy who stomped his foot shouted to other members of his team, "Everyone step on his toes!"

Dillard is suing Newt, the campaign and the security firm for assault and battery and seeking unspecified damages.