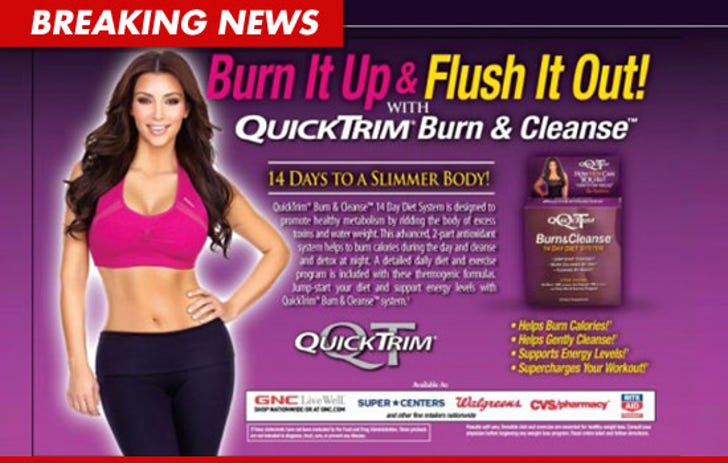 Kim Kardashian and her sisters waged a campaign of LIES when they claimed they got their rock hard bikini bodies from a diet pill called QuickTrim ... this according to a new $5 MILLION lawsuit.

The point of the suit -- a bunch of people in NY claim there's no POSSIBLE way QuickTrim could've helped Kim, Khloe and Kourtney lose weight ... because the main ingredient is caffeine. According to the suit, "The FDA has determined [caffeine] is not a safe or effective treatment for weight control."

Enter the Kardashians ... celebrity spokespeople who are featured on just about every single product QuickTrim sells.

According to the suit, filed in NY by Bursor & Fisher, the Kardashians fed lies to the public through commercials, magazines and social media since 2009 ... like when Kim went on Twitter and said, "Our QuickTrim cleanse will be massive! Khloe has already lost so much weight."

The plaintiffs claim they would NEVER have purchased the QuickTrim products if they would have known the truth ... and claim the Kardashian testimonials were completely unsubstantiated.

Now, the Kardashians, QuickTrim and various companies that sold the products are being sued for more than $5 million in damages.