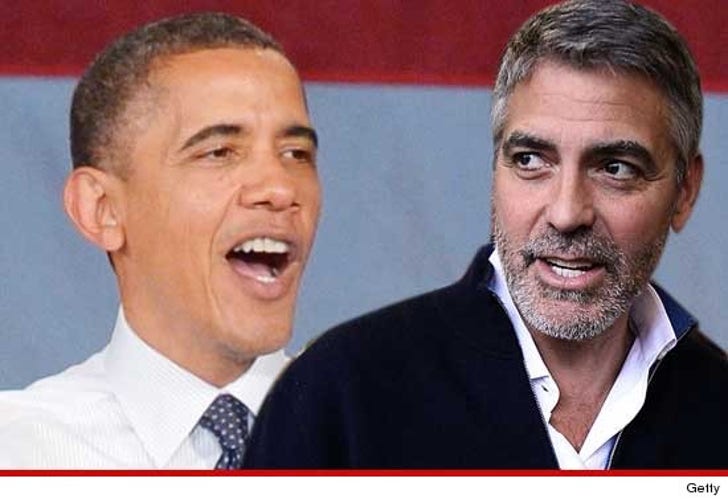 It all went down at Clooney's mansion -- where 150 of George's closest and richest friends paid $40k-a-plate ... which will all go towards the Obama campaign. The event also raised several million in donations ... resulting in a $15 mil take for the night.

But when it came time for Obama to address the crowd, he instantly brought up his famous image from the Hope poster ... which was taken while he was sitting next to Clooney at an event in 2006.

"This is the first time that George Clooney has ever been photo-shopped out of a picture," Obama joked ... adding, "Never happened before, never happen again."

Obama then thanked the crowd for their contributions ... saying, "We raised a lot of money because people love George ... they like me; they love George."

Then came even more praise -- "[George] seems to occupy a constant state of grace, and uses his extraordinary talents on behalf of something truly important."

As for the food -- the event was catered by Wolfgang Puck ... who served up artichoke salad followed by roasted duckling "Peking style" with tiny buns, a duo of lamb and beef cheek with potatoes and Brussels sprouts, and sweet corn tortelloni. 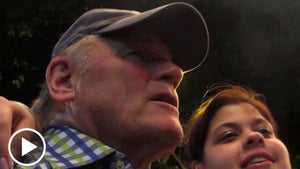 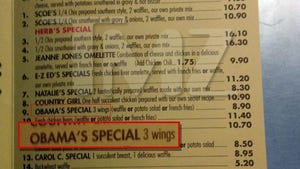 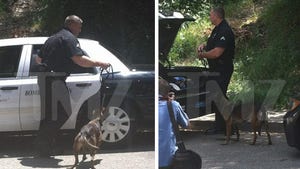