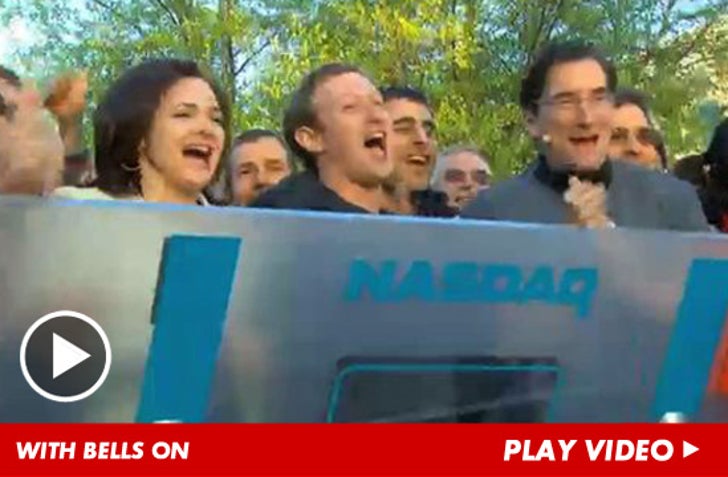 Mark Zuckerberg just rang the NASDAQ bell ... opening a trading day in which the 28-year-old is expected to make more than 20 BILLION DOLLARS.

Zuckerberg performed the bell-ringing via satellite ... from the Facebook offices in Menlo Park, CA. Of course, he was wearing his signature hoodie and the kind of smile you'd have on your face if you were in his flip-flops.

The stock price debuted at $38 dollars per share, quickly rose to $42, and then began leveling off. According to CNBC, 82 million shares were traded in the first 30 seconds.

It's not just Mark who's set to rake in a fortune today -- according to reports, more than 1,000 people will become overnight millionaires due to the initial public offering.

So how did the Facebook staff prepare for the big day? Hackathon.

A rep for the company tells us, "Every few months they have a hackathon, where everyone builds prototypes for new ideas they have. At the end, the whole team gets together and looks at everything that has been built. Many of our most successful products came out of hackathons, including Timeline, chat, video, our mobile development framework." 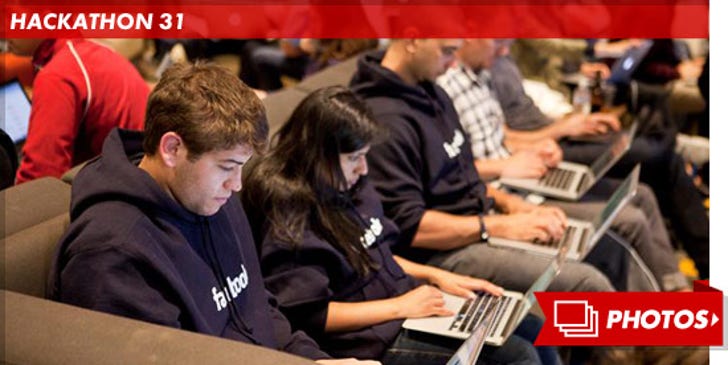 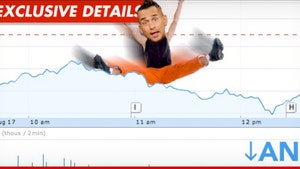 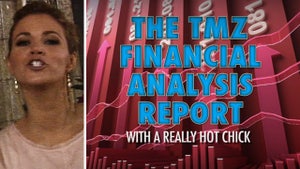