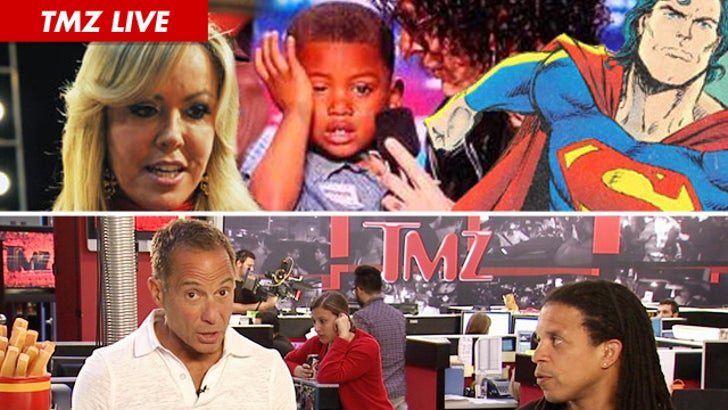 "So You Think You Can Dance" judge Mary Murphy's war with her former manager -- who's accusing her of cocaine abuse and nymphomania -- comes down to one thing ... money, and lots of it! We'll explain what's going on behind the lines.

Plus, Howard Stern meets his match ... a crying 7-yr-old rapper -- and Superman is gay!! Or at least gay adjacent ... a DC Comics superhero is coming out, and someone in our newsroom is lobbying for it to be Wonder Woman! Typical.