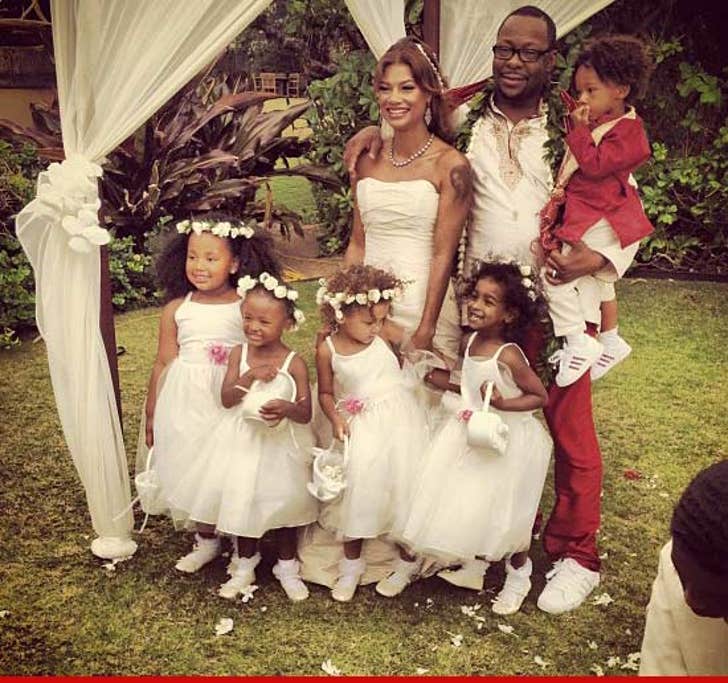 Sorry ladies, Bobby Brown is officially off the market ... again. Seriously, try to contain yourselves.

According to People.com, Brown was surrounded by some of his kids Landon, La'Princia, Bobby Jr. and 3-year-old Cassius ... the couple's only child together.

Bobbi Kristina -- Brown's daughter with ex-wife Whitney Houston was apparently not at the ceremony.

But there were no tuxedos at this wedding, Bobby rocked red pants and a pair of white Adidas shoes ... because he's Bobby Brown.

Bobby and Alicia got engaged back in 2010 ... 3 years after his divorce from Whitney.