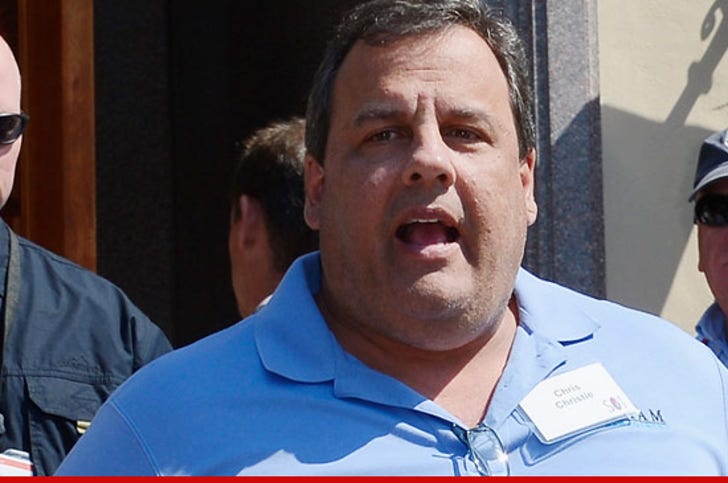 New Jersey Gov. Chris Christie says he has "no regrets" about the way he angrily went after a heckler on the Jersey Shore earlier this month ... claiming the heckler simply pushed him too far in front of his kids.

Christie finally addressed the infamous TMZ video during a news conference in NJ yesterday ... explaining why he verbally blasted a heckler on July 6, while clutching a freshly scooped ice cream cone.

“Listen, I get heckled all the time," Christie said ... adding, "When you’re governor, that happens. And I don’t react almost at all to those hecklings." 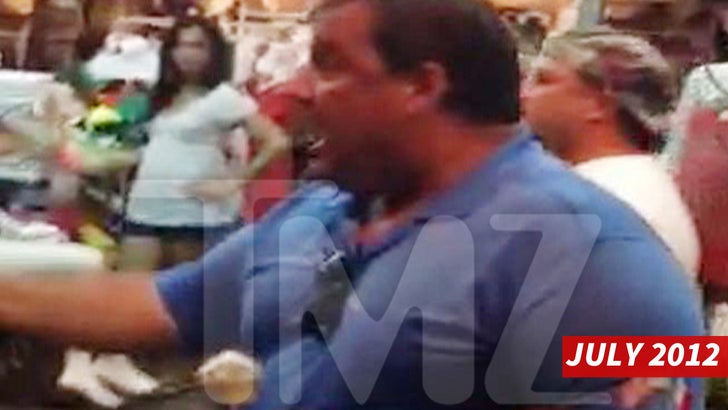 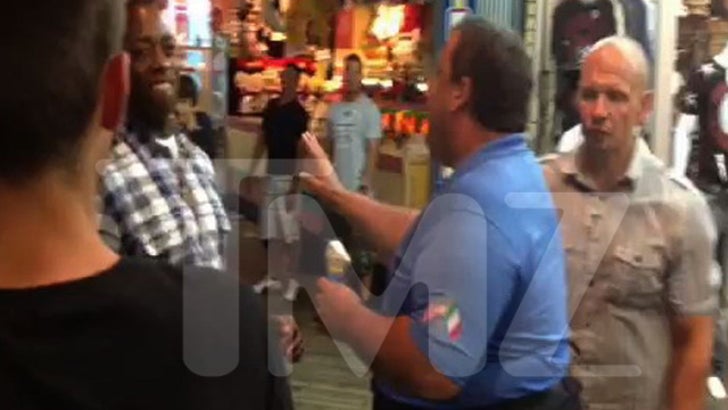 The beginning of the confrontation was not captured on tape ... so it's unclear what words the heckler used to set Christie off. We do know the heckler was pissed about Christie's policies regarding schools ... and Christie responded by yelling, "You're a real big shot shootin' your mouth off."

Still, CC continued, "If people use that kind of language and think they can get away with it with me, they're wrong."

"I don't think any father or mother out there would just allow some person to come up and use that kind of language with them, directed toward them, in front of their children and not have some kind of reaction to it.”