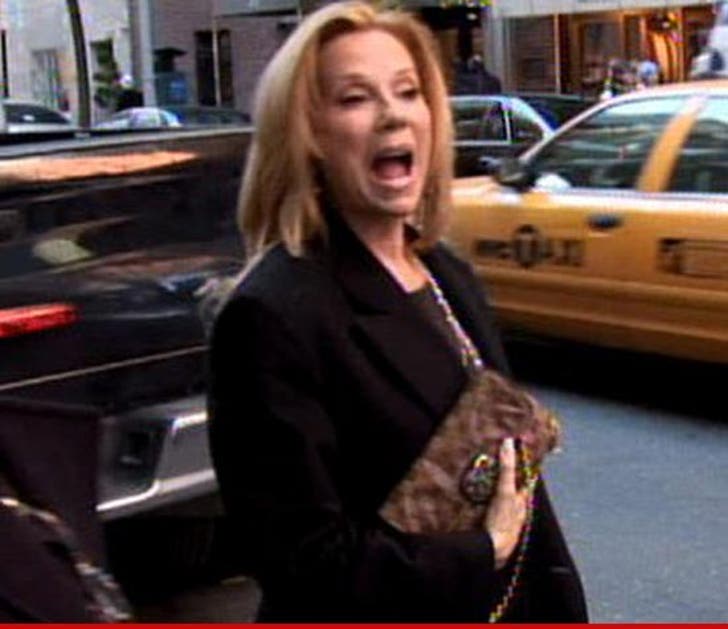 Kathie Lee Gifford is being SKEWERED by hordes of angry fans as we speak ... one even calling her a "thoughtless human being" -- after the TV personality strongly implied that parents of drug addicts were FAILURES.

Kathie recently spoke to Family Circle magazine -- and in the interview, she said, "I'm not a perfect mom, but my kids haven't been arrested, in rehab or kicked out of school, so I must be doing something right!"

The implication -- parents of kids who HAVE been arrested or struggled with drug addictions are NOT doing something right.

This didn't sit too well with many of Kathie's fans -- who have since taken to the talk show host's Facebook page to express their disgust.

Among the comments -- "Well Kathy, here is a pic of my little brother who we lost at the age of 33 yrs old due to a DISEASE called DRUG ADDICTION ... I find it funny we were both raised by the same woman called MOM ... I am NOT an ADDICT and NEVER was ... Poor parenting?? Gimme a break."

"Shame on you Kathie Lee Gifford, shame on you. You are a thoughtless human being."

"Kathy do you know the first thing they teach you in family counseling for loved ones of addicts? The three C's; you DIDN'T cause it, you CAN'T cure it, and you CAN'T control it."

"Poor parenting?? God bless you and your great parenting skills you suck at being educated on addiction."

"I'm glad you never had to face any of your babies drowning in a disease they could not be cured from. I lost my baby at the age of 32 to a heroin overdose in Sept 2010. I am a doctor and worked hard my entire life to give her the best."