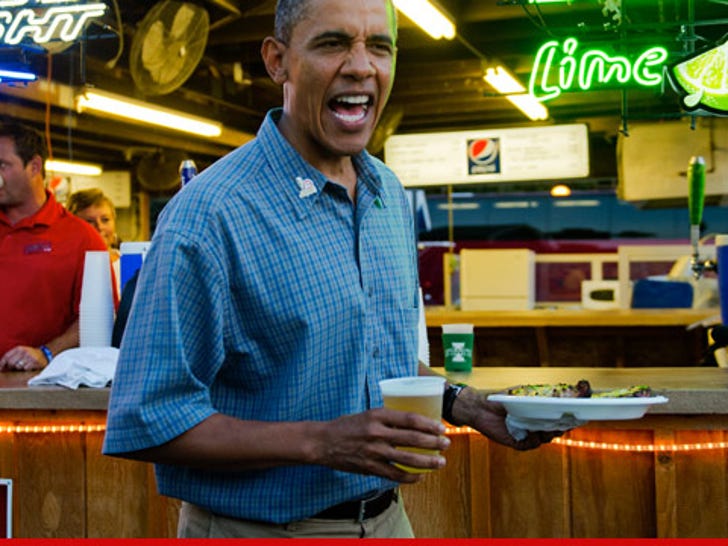 Barack Obama threw down for 12 beers at the Iowa State Fair yesterday -- like a boss -- and the crowd loved every second of it ... shouting "FOUR MORE BEERS!"

The video's hilarious -- Obama even tells the crowd, "Hey everybody who's over 21, you gotta buy a beer!" Let's see Paul Ryan pull something that cool.

But it wasn't as simple as walking up to the counter -- before Obama came anywhere near the Budweiser tent, his security team descended in full force ... casing the perimeter with bomb-sniffing dogs. The pics were just posted on Reddit. 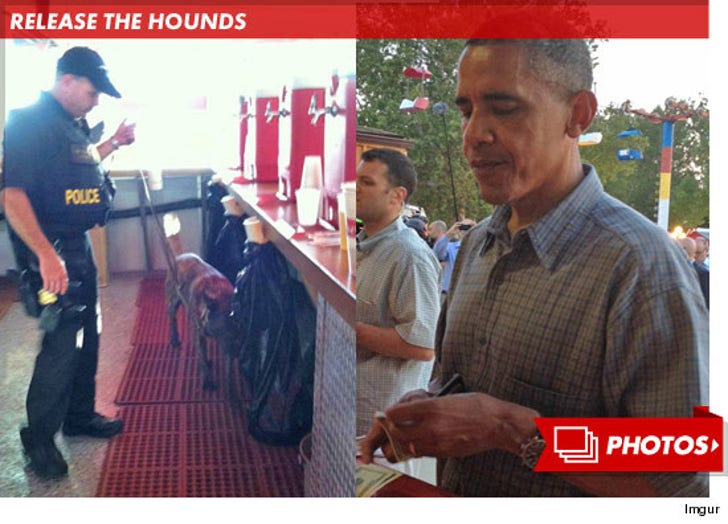 Once the coast was clear, the user who posted the pics says BO shelled out cash for 12 beer tickets -- two for himself ... and ten for the next ten customers to approach the tent.