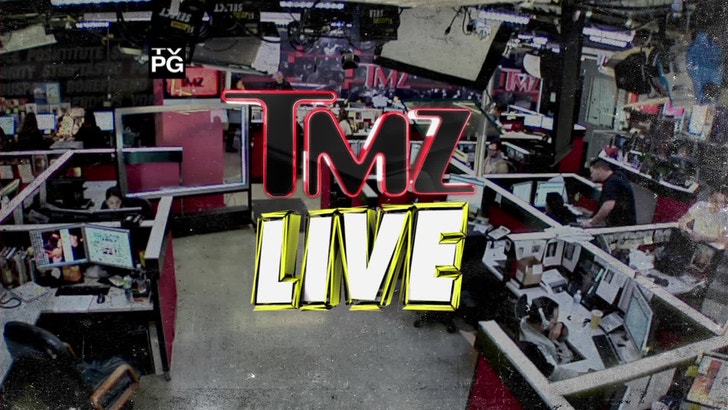 Prince Harry's BUTT NAKED billiards party was just a small part of his wild weekend in Las Vegas -- he was also hanging with Olympic gold medalist Ryan Lochte! So, we got Ryan on the phone to find out what it's like getting the royal treatment on the Strip.

Plus, you gotta hear what Buckingham Palace said when we told 'em about the Harry pics.

Also, LL Cool J's awesome take down of an intruder in his home -- badass move or stupid risk to take? And Jerry Springer comes in to celebrate a big anniversary with us! We promise ... no tossed chairs or angry baby mamas. No more than usual.

(0:00) Prince Harry goes balls out in Las Vegas -- losing his shirt (and his pants) in a game a strip pool ... and we have photos of his exploits.
(4:00) Olympic hero Ryan Lochte calls in -- he partied with Prince Harry this weekend ... and tells us what it was like hanging out with royalty in Las Vegas.
(10:00) How did Prince Harry's security team let such a breach happen?
(14:20) LL Cool J beats the hell out of a guy who broke into his house -- did he do the right thing? Some people think his heroics were too big of a risk.
(18:00) Jerry! Jerry! Jerry! The great Jerry Springer joins Harvey and Charles to talk about the 22nd anniversary of his legendary talk show -- as well as the biggest topic of the day... Prince Harry's nude pics.
(24:01) Paul Ryan claims to have dated an African American in college -- does that change your opinion of him?
(29:10) Taylor Swift crashes a Kennedy wedding -- and allegedly blew off the brides mother, who didn't want the country star overshadowing the nuptials.
(33:42) Gabriel Aubrey's counterattack against Halle Berry -- he says she's in more of a danger from paparazzi in France than in L.A. ... and he uses the Princess Diana trump card to make his case.
(36:10) Avril Lavigne gets engaged to Chad Kroeger -- and everyone's excited for them, right? WRONG. Apparently people who make horrible music aren't allowed to be happy like the rest of us.
(39:20) Paris Hilton's $300k car breaks down -- and everyone laughs at her. Harvey tries to says it's not fair that the common man finds rich people problems funny ... but Charles can't stop laughing.
(42:00) We take your calls!