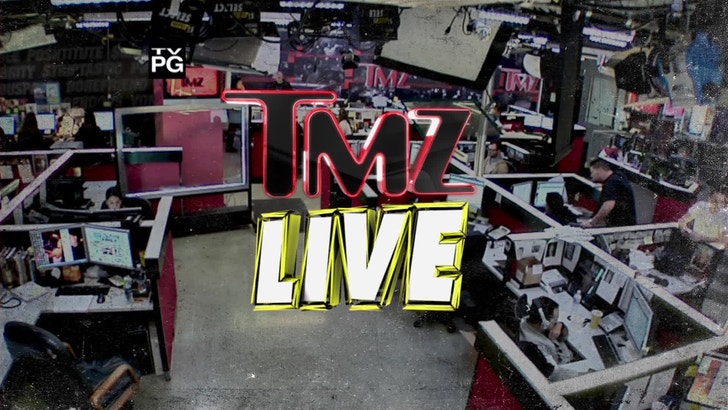 TMZ Live
Prince Harry's not the only one feeling the heat after his naked romp in Las Vegas ... the royal handlers got some explaining to do! Where were they when the clothes came off? And are they supposed to babysit Harry, or protect him?
Plus, GOP VP candidate Paul Ryan's pissed off another rock star -- Twisted Sister frontman Dee Snider called in to explain why he pulled the plug on Ryan using his anthem, "We're Not Gonna Take It."
Also, Jesus Christ gets a whole new look! Trust us ... he wouldn't be pleased. This one had US cracking up all day!

(0:00) Prince Harry isn't the only person in trouble for his naked party pics -- we're told the guys who are paid to protect him from just this type of situation are in it deep as well.
(3:30) A caller with ties to the Royals give amazing insight as into how sheltered Harry is SUPPOSED to be from outsiders.
(10:00) We now why Britney Spears conservatorship will probably never end ... and her mental state is the main factor.
(13:30) Al Roker may be trying to derail the "Today" show because his pal Ann Curry got the ax -- you gotta see his zombie stare and the crack he took at Matt Lauer and Savannah Guthrie.
(16:00) Nicole Kidman's latest magazine cover features her bare butt -- is it a desperate plea for attention ... or just a sexy lady letting it all hang out?
(18:00) Dee Snider from Twisted Sister calls in -- because despite being the biggest "whore" on the planet, he refuses to let Paul Ryan use his song "We're Not Gonna Take It."
(24:01) Ellen DeGeneres and Portia De Rossi have been married now for FOUR YEARS -- we talk to a prominent attorney who specializes in same sex divorces to see if gay marriages are lasting longer that opposite sex ones.
(29:10) Lil Wayne hates New York -- and New York hates him right back.
(32:02) Lindsay Lohan plays the victim -- she can't believe she's getting negative press about the Hollywood Hills party burglary.
(33:10) It's the worst paint job in history -- you have to see what an elderly woman did while trying to restore an old painting of Jesus.
(36:00) Rodney King was found to have pot, booze, coke, and PCP in his system at the time of his death.
(39:20) Liberty Ross is laying down some serious ground rules for her cheating husband.
(42:00) We take your calls!