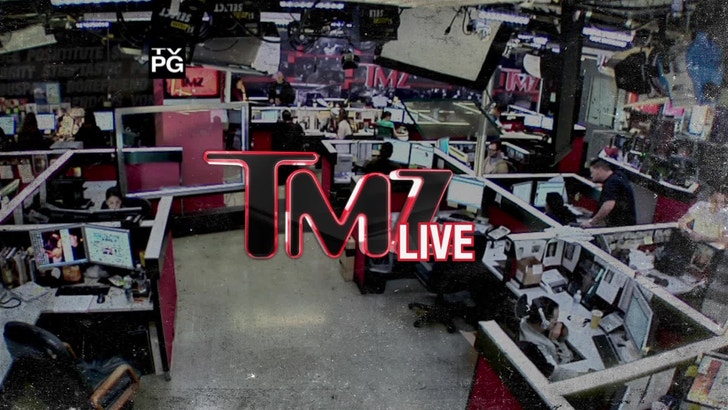 Randy Jackson's been saved! Pulled of the heap of fired "American Idol" judges, but considering 'Idol' chased several other judges before crawling back to the Dawg -- should he be thrilled or feel insulted?

Plus, Jessica Simpson's new Weight Watcher's ad has us asking one big question: WHERE'S HER BODY? Why hide her progress ... if she's making progress?
And the "Gangnam Style" phenomenon hits the TMZ newsroom as Psy drops in to debut a brand new dance move -- which Harvey and Charles can't pull off (shocker) -- and reveals why he totally blew it in Boston.

(0:00) Randy Jackson is back being a judge on "American Idol" -- because it's too late for them to hire anybody else. Huge slap in the face?
(6:30) Jessica Simpson's new Weight Watchers commercial ... never shows her body ... even though she just went on national TV.
(11:30) An email sent by the president of AEG details how messed up Michael Jackson was when he was preparing for the "This Is It" tour.
(16:45) The women of "The Talk" did their show without makeup on. Harvey is "somewhat impressed."
(19:00) Psy -- the Internet sensation behind the "Gangnam Style" video -- is in the house!
(25:45) You gotta see this -- Psy attempts to teach Harvey and Charles a brand new dance. Doesn't work so well.
(28:00) Kim Kardashian compares her divorce to ... an 18-year-old girl's struggle with cancer. So that happened.
(30:10) The Seal who spilled the beans about Osama Bin Laden's killing may be in big trouble ... because the current Secretary of Defense, Leon Panetta, gave an interview hinting about punishment.
(34:00) Chris Brown's new tattoo looks a lot like Rihanna.
(38:05) Kelly Rutherford picks up a new powerhouse attorney to try and get her kids back in the states -- a guy who helped out on the OJ Simpson case.
(40:00) We take your calls!