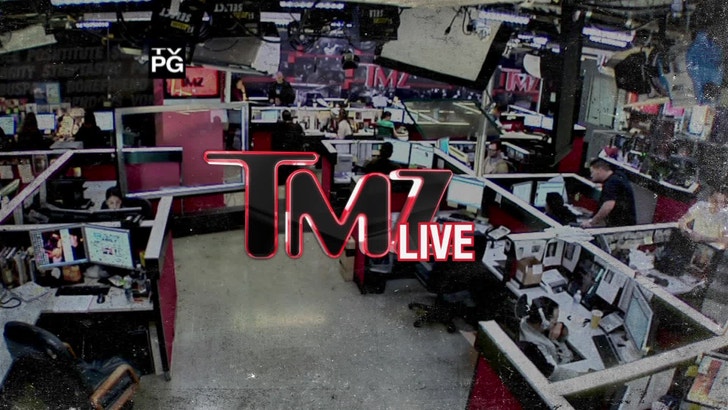 Lindsay Lohan ignited a huge debate in our newsroom -- did she really hit that NYC pedestrian? We've got the surveillance video now, and just like the Zapruder film, everyone sees something different. So ... let's fight about it.
Plus, Paris Hilton ... gay-friendly or raging homophobe? She claims her comment -- "most [gay men] probably have AIDS" -- was taken out of context. You buying that?

And OJ Simpson's old cohort Kato Kaelin calls in to refute a report that he said OJ really DID commit the murders -- and he's threatening major legal action.

0:00 - Did Lindsay Lohan in fact graze a pedestrian outside a New York hotel? Harvey & Charles go to the tape!

10:11 - No stranger to trouble these days, Amanda Bynes TAKES IT OFF... during a spin class?

11:43 - Paris Hilton puts her foot in her mouth, but could her words have been taken out of context?

18:18 - Kato Kaelin insists he NEVER said O.J. Simpson murdered Ron & Nicole... looks like we'll just have to stick with our gut on that one.

24:49 - Don't mess with Texas! Fiona Apple adds her name to a growing list of celebs popped for pot in the middle of nowhere.

29:24 - An actress featured in the controversial video sparking outrage throughout the Muslim world says she was DUPED-- this wasn't the movie she signed on for!

32:58 - Kim Kardashian teaches us a valuable lesson in business: just because a product doesn't work in the U.S. doesn't mean you can't promote it in Australia!

35:55 - Fresh on the heels of Will & Kate, topless photos of Heidi Klum have surfaced-- but she isn't taking it lying down!