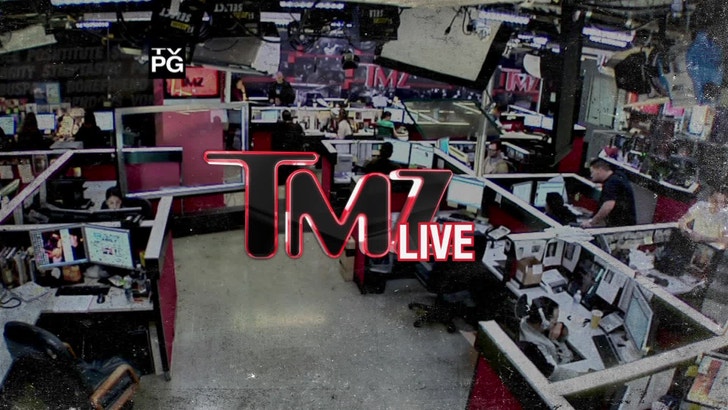 Ann Romney hit up Bev Hills for dinner at super expensive paparazzi hot spot, The Ivy -- which doesn't exactly scream average Jane. So, did Ann go for the celeb sightings or the food ... and should she have made a more strategic choice?
Plus, Simon Cowell might be knocking boots with Carmen Electra -- the perfect opportunity to school a viewer on the power of money ... and Charles on what "dates" really means.
Also, our old friend Lisa Lampanelli drops by to show off her new bod -- down 80 pounds -- and to make Mike regret co-hosting. Comedy and weight loss tips ... something for everyone.

(0:00) The Romney sure know how to connect with the Average Joe -- especially after Ann hit up one of the swankiest, paparazzi-surrounded restaurants in all of Los Angeles.
(5:10) Chris Brown and Nicole Scherzinger making out at a club??? We have a photo that proves ... just the opposite.
(10:00) Robert Pattinson and Kristen Stewart are reportedly living together again -- and more people than you think believe that the whole cheating scandal was a huge setup.
(16:00) Simon Cowell might be one lucky man -- it looks like he's hooking up with Playboy legend Carmen Electra.
(18:00) Lisa Lampanelli drops in to talk about the surgery that's helped her lose a ton on weight -- and make Mike regret co-hosting today.
(24:30) Paul Nassif and Adrian Maloof's divorce war just keeps gets crazier and crazier.
(28:10) Bitter, party of one. Donny Osmond says Justin Bieber and One Direction fans will eventually turn on them like his fans turned on him.
(31:00) Fiona Apple just won't shut up about her pot bust.
(33:00) Bam Margera claims the woman who broke into his house gave him herpes ... but something isn't adding up.
(35:00) James Franco releases a song ... with Smokey Robinson. You gotta hear this.
(40:00) We take your calls!