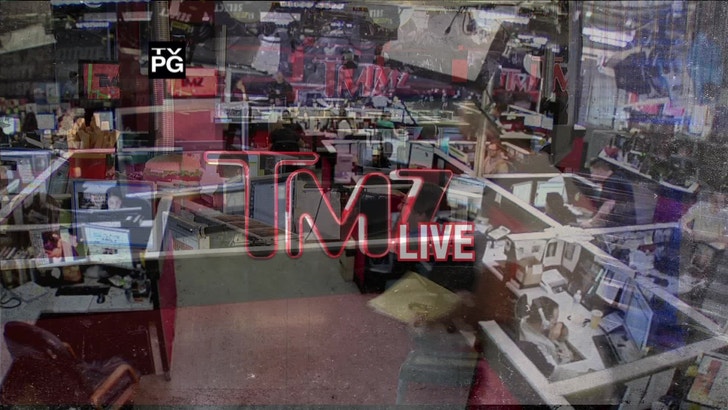 Ex "Sons of Anarchy" star Johnny Lewis went from popular working actor to murder suspect ... in a matter of months -- so what the hell happened? We have all the details on his downward spiral.
Plus, the NFL replacement ref -- whose blown call on Monday night cost the Packers a victory -- speaks out for the first time! Harv breaks down the play (hard to believe, we know) with Lance Easley ... who is still adamant he got it right.

And Mickey Rourke's new face gets us thinking -- can men ever get away with plastic surgery? Harvey's really interested ... for no reason at all.

(0:00) "Sons of Anarchy" star Johnny Lewis allegedly killed his landlord, beat up two mean and then died after falling off a building ... we have all the latest details ... including his recent downward spiral.
(5:10) "Here Comes Honey Boo Boo" is coming back for two more seasons -- and Harvey makes the case for the family to start making the big bucks.
(10:00) We talked to the most hated ref in sports -- the guy who signaled for a touchdown at the end of the Packers/Seahawks game ... and he's standing by the call!
(18:00) Amanda Bynes pleads not guilty ... we'll tell you how she could possibly scrwe up her case a la Lindsay Lohan.
(21:00) Axl Rose is in a legal war ... over graffiti.
(24:00) A "Today" show producer takes the blames for the Ann Curry disaster.
(30:10) Ryan Lochte is releasing a workout video ... that has no swimming involved. Harvey is baffled.
(34:00) Mickey Rourke's face ... does it prove that men shouldn't get plastic surgery.
(37:00) Samuel L. Jackson's curse-laden, pro-Obama video. You think the Obamas secretly love it?
(39:00) Hilary Swank just sold her mansion ... wanna see?
(40:00) We take your calls!