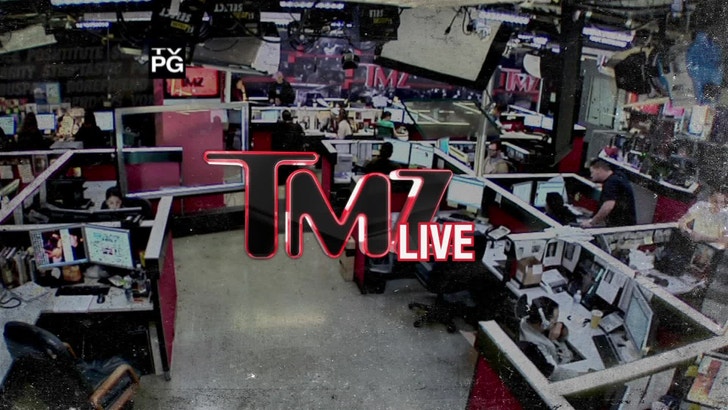 TMZ Live
Lindsay Lohan and Michael Lohan ... on the verge of full-scale war! She wants legal protection from her father, and he wants her under a conservatorship. He wants her in rehab, but she says she's sober. And most shocking ... for once, some people are actually siding with Michael. We'll explain why.
Plus, Donald Trump calls in to talk about his bombshell President Obama news -- he says it's so huge ... it could change the whole election.
Also, Justin Bieber does something awesome for a fan, but still gets ripped for it -- and Christina Aguilera's $3 million offer to become the face of BBWs! Sweet deal ... or offensive?

(0:00) It's been three days of crazy Lindsay Lohan news -- her father has teamed up with her entire team to stage an intervention ... because Michael thinks she's been boozing and doing blow.
(1:30) Michael also wants to put Lindsay under a conservatorship a la Britney Spears ... only problem is finding someone in her life that's responsible enough to handle her finances.
(10:00) This is sickening -- we found out Sam Lutfi used to pretend Britney Spears dog ran away to break her down ... then show up with the dog and play a fake hero.
(15:30) Donald Trump is going to release information about President Obama this week ... but he won't say what it is. Could this be an election changer? Donald joins the show to dodge all of Harvey's questions about it.
(21:00) This is kinda sad -- we got Danny DeVito out ... and it seems like his split with Rhea Perlman is really getting to him.
(25:00) Christina Aguilera has put on some pounds -- and now an overweight dating site wants her as its spokesperson. Was Jessica Simpson busy or something?
(29:10) Travis Barker claims cops are profiling him as a drug-dealing gang banger because of his tattoos ... and he may just have a point.
(32:45) Taylor Swift just bought a house in Kennedy land because she's dating 18-year-old Conor Kennedy.
(35:30) Lance Armstrong's career has officially hit rock bottom.
(38:30) You may hate his music, but when it comes down to it, Justin Bieber is a good guy. Just wait and see what he did for one of his young fans who's battling for her life.
(39:00) The floor is yours!