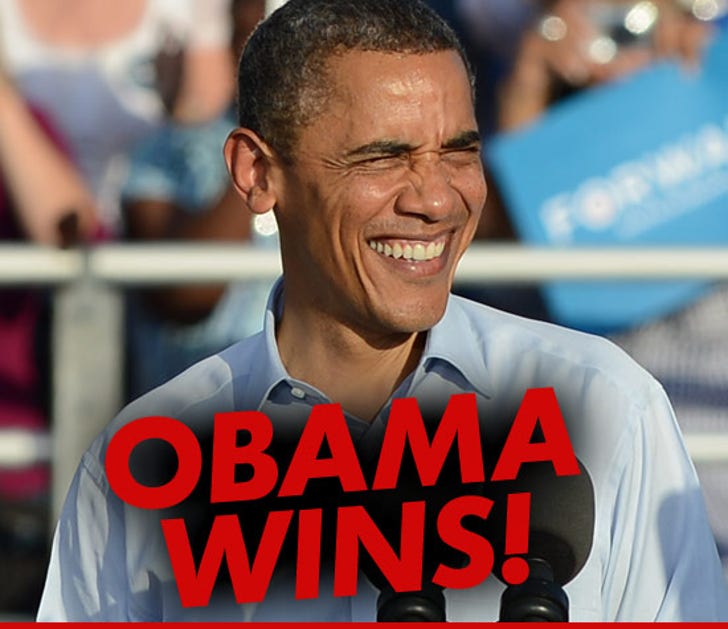 4 MORE YEARS ... of George Clooney in the White House ... 'cause his BFF Barack Obama has defeated Mitt Romney and will serve another term as the President of the United States.

According to multiple news outlets ... Obama locked up most of the swing states ... including Ohio, Nevada and Florida .. and has earned enough electoral votes to remain the Commander in Chief.

As soon as the victory was announced, the stars went to Twitter in droves ... click here to read the celeb reactions.

"I wish all of them well, but particularly the President, the First Lady and their daughters."

He continued, "I pray that the President will be successful in guiding our nation." 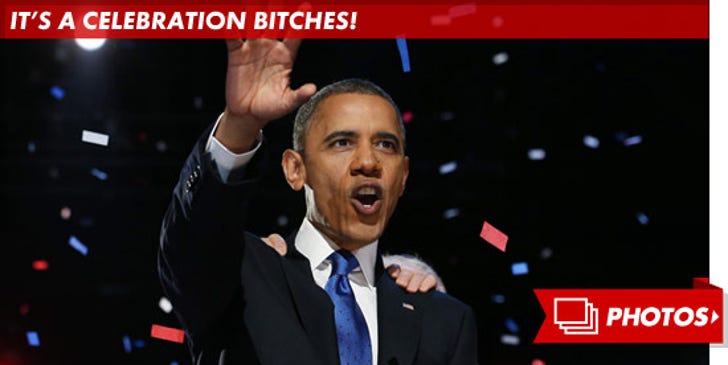