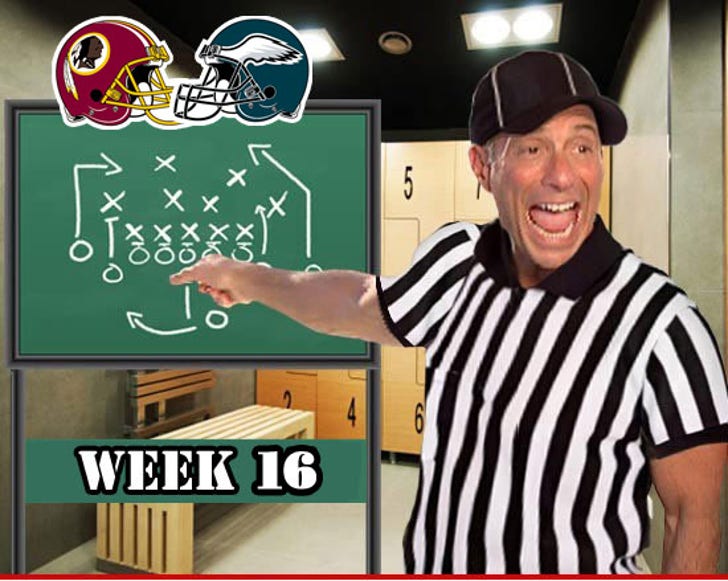 With his season on shambles, Harvey Levin (5-8) is gunning for a moral victory in our Week 16 match up -- Redskins vs. Eagles.

Harvey Levin: I'm worried about the Eagles ... part of it is that they've got the Ryan Regan jinx.

Harvey Levin: It's ironic that the TMZ commish may actually know less than me when it comes to football. He's from Philadelphia, his buddies are all Philly fans ... but his instincts are just poor.

"Now, don't get me wrong ... I like Regan a lot and I think he's a snappy dresser, but when it comes to football, he's been a lot like the Eagles ... a disaster.

"It bothers me a little to pick the Redskins, just because it's such an offensive team name ... but that's what I'm doing ... and this time I'm confident."

"I think RG3 ... this is the biggest game of his season, because he's gotta show people he's back in a big way ... he doesn't wanna become the Jeremy Lin of football."