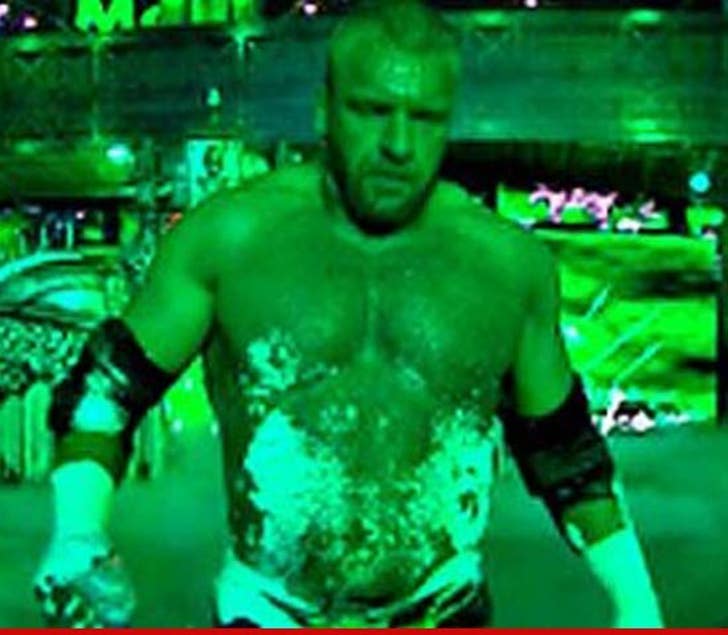 Triple H's body is scarred up with 2nd degree burns he suffered at WrestleMania last weekend ... but he wasn't scorched by fire ... the culprit was dry ice.

HHH suffered nasty burns to his torso and arm after he walked through a special effects machine that was blasting dry ice to create a smoky effect as the wrestler made his grand entrance.

The dry ice stuck to H3's body and burned him up ... but during the event, Triple H ignored the pain and shrugged it off like it was no big deal.

Fans, who clearly didn't understand the seriousness of the situation, began to mock the wrestler online ... so Triple H took to Twitter to show what really happened.

May we recommend some Neosporin? 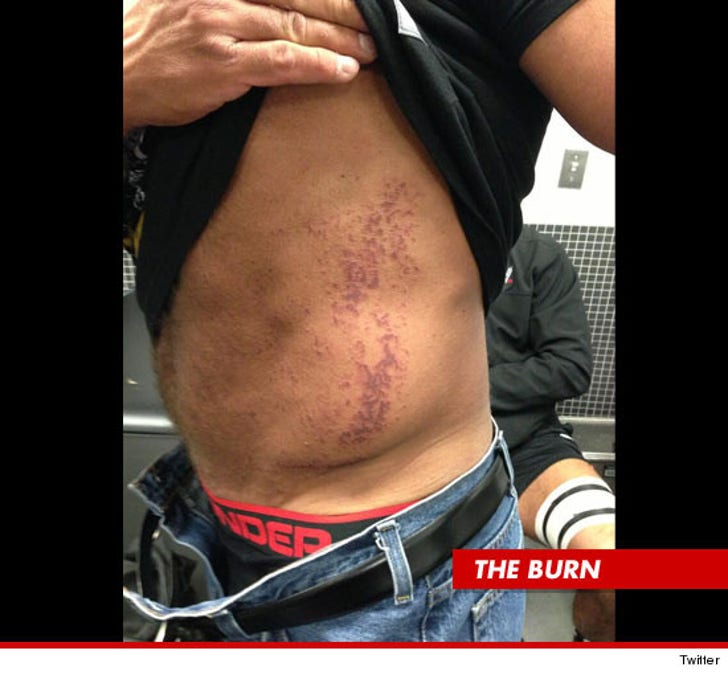