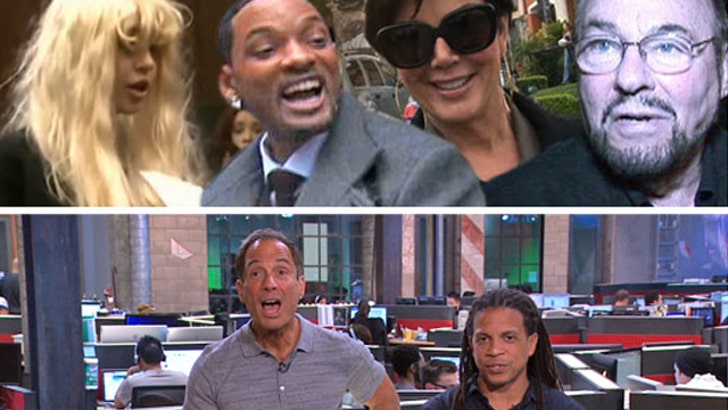 Looks like Amanda Bynes was RIGHT after all! Maybe. She said she didn't have any marijuana, and now we've learned cops have a severe lack of evidence in the case. We'll explain why she could end up skating altogether.
Plus, Will Smith tries to shut down the notion he's pimping out his kids, a la Kris Jenner, but are they really any different? Will thinks they are because his kids do "good things." Has he listened to "Whip My Hair" ... at all?
Also, Mr. 'Actor's Studio' ... James Lipton joins us to talk about his days as a real-life PIMP in Paris. Sacrebleu!

(0:00) Amanda Bynes, the NYPD may have to drop the case because of lack of evidence?!
(6:00) Khloe Kardashian, is she the new Queen of the Kardashian clan while Kim Kardashian is pregnant?
(10:00) Keyshawn Johnson was out in Calabasas, and while he didn't answer our questions, we did get a shot of his Prius which can somehow keep up with Justin Bieber's Ferrari.
(15:00) Chief Keef gets busted for weed and speeding, but Justin Bieber has done the same things with no arrests, whats the deal?
(18:00) James Lipton, famous host of 'Inside the Actors Studio' says he used to be a PIMP in Paris! James calls into TMZ Live to give us the details.
(23:00) Will Smith bashes the Kardashians on their fame, but how much different is his family from the Kardashians?
(28:00) Joe Jackson seems unaffected by the cease and desist order sent by Michael Jackson accuser Wade Robson.
(31:00) Mara Wilson, the cute little girl in "Mrs. Doubtfire," lists out the reasons why child stars go off the deep end in an article.
(36:00) We hear what you have to say!
(41:00) Bruce Willis puts his Multi-Million dollar Beverly Hills mansion on the market, and the pictures are spectacular.