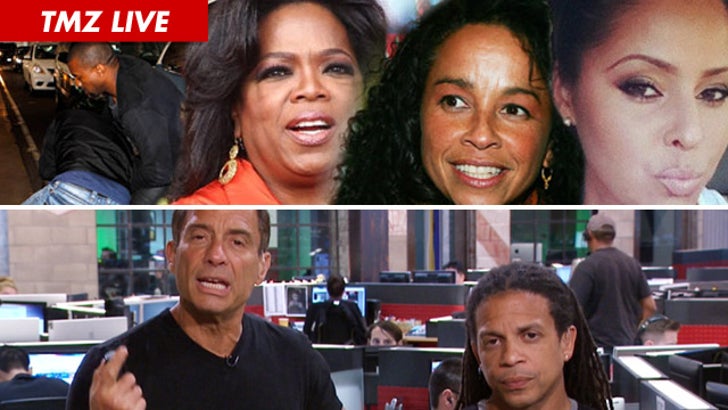 (0:00) Rae Dawn Chong's racist tirade at Oprah Winfrey -- is one of the most hateful attacks we've ever heard.
(10:00) Kris Jenner's ridiculous excuse for Kanye West attacking photographers.
(15:00) "Glee" star Mark Salling is pissed -- because his insurance company won't cover his sexual battery case.
(18:00) Kris Humphries' ex Myla Sinanaj joins us to explain why she's following in Kim Kardashian's sex tape footsteps.
(24:00) Kanye West attacks another photographer -- and this one looks bad.
(28:00) Amanda Bynes calls a hotel worker ugly -- and gets the boot!
(32:00) A new documentary about the treatment of orcas at SeaWorld is out -- we talk to the director about the allegations of disgusting abuse detailed in the film.
(36:00) The floor is yours!
(41:00) Photos and video of Kanye's latest attack ... on and a delicious note ... dessert pizza time!!!