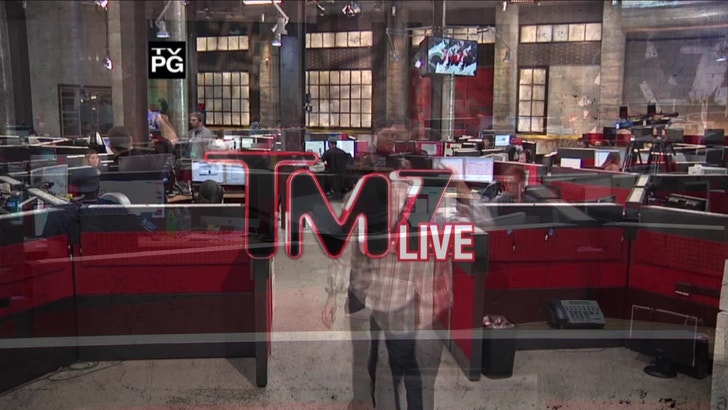 Nicki Minaj is NOT a phony MC with a ghostwriter if you ask her -- or our hip-hop expert -- but not everyone is convinced. We break down rapper Ransom's mysterious lyrics to get to the bottom of it.
Plus, Usher's ex Tameka Raymond blames him for his son's near-fatal drowning -- and now she wants more custody of the kids ... but we know something that could help him fend her off.
And, If you think the person who robbed James Gandolfini after his died is heartless -- listen to our staff pick the scraps off of Harvey.

(0:00) Nicki Minaj accused of having a ghostwriter -- or is it all just a big misunderstanding?
(6:00) Usher's ex is on the offensive -- blaming him for their son's near drowning ... and moving to gain more custody.
(10:00) James Gandolfini ... robbed in death.
(14:00) Terrence Howard's ex took photos of the severe damage he allegedly caused to her face.
(18:00) B. Scott is suing BET for alleged discrimination ... but something smells fishy.
(24:00) Lindsay Lohan may have finally cut out the parents that have really been causing her problems.
(28:00) We know how Paula Deen could resurrect her career ... and it involves dancing.
(32:00) Lena Dunham's latest bonehead comment ticks off entire cities.
(34:00) A guy running for senate is having trouble with something he did in the past ... involving a banana hammock.
(36:00) The floor is yours!
(41:00) It's time again for ... HATE MAIL!