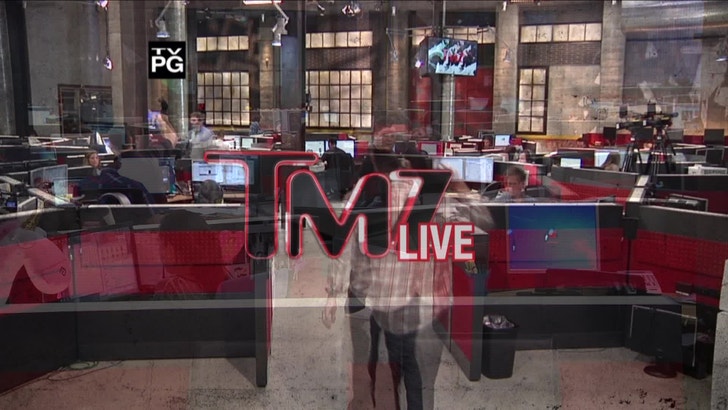 Kim Kardashian and Kanye West got a nice baby gift in the mail from Katie Couric. Sweet, right? Not really ... since Katie recently ripped the Kardashians! Should Kim send the gift back ... and will Katie have to eat crow?
Plus, now we know what WWE star Darren Young's real motivation was to reveal he's gay -- he's in love ... and in fact, he's been living with his bf for a while.
And, you've never seen the legendary "Family Guy" chicken fight like this -- we talk to one of the two stunt women who re-created it ... and it kicks ass! Lots of it.

(0:00) Kim Kardashian attacks Katie Couric for questioning her family's fame -- but is this all just a play to help Kris Jenner win the daytime battle?
(6:00) WWE star Darren Young came out of the closet because he was in love ... and we have a photo of him and his boyfriend.
(10:00) We have details on what Gia Alleman did before her untimely death -- and it only adds to the mystery.
(14:00) Michael Vicks PR rehab -- we know who did it, how they did it, and how much it cost.
(18:00) Model Michael Girgenti joins us to explain why he's not giving up his battle for a DNA test over Kourtney Kardashian's son.
(24:00) Chris Brown says his attorney deserves a $500,000 gift for all the court magic he's been performing.
(28:00) Beyonce vs Kelly Rowland -- one of them is taking the who's hotter title.
(32:00) We talk to one of the stunt women who reenacted the famous chicken fight from "Family Guy."
(36:00) The floor is yours!
(41:00) Justin Bieber hangs out with NBA star Kevin Durant and Tyson Chandler ... and we can't figure out why.