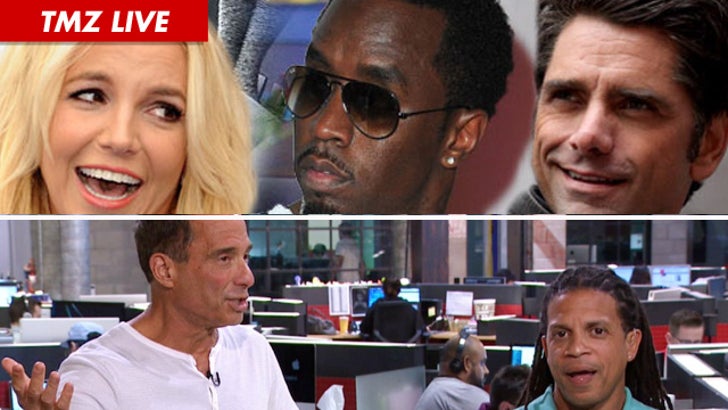 TMZ Live
Britney Spears is about to announce her Vegas residency -- but we already have all the details of her gig ... and the financials are enormous!! Question is ... if you've heard the new song ... is she worth it?
Plus, Diddy loses $1 million on a bet to Rick Ross -- and then brags about it. A lot of people are pissed off -- but doesn't he have the right to lose his money any way he chooses?
And, John Stamos joins us to talk about sex -- and why he decided to get celebrities to tell him about losing their virginity on a web show ... instead of on TV.