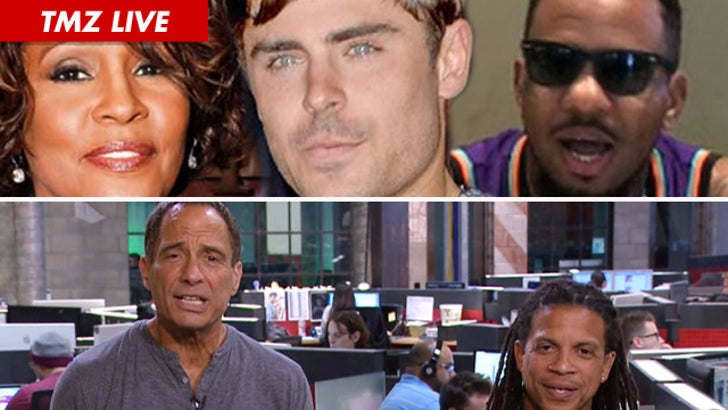 One of the cops responding to Whitney Houston's death allegedly exposed her dead body ... and made crass comments. Now another cop claims he's being punished for filing a complaint about the incident. We explain why there's definitely behind this creepy story.
Plus, Zac Efron's rehab stint for cocaine. Everyone thought it was just alcohol, but we've learned what was really going on ... and just how bad it got before he got help.
And Game joined us to explain why he's decided to give away $1 million of his own money -- and how he's getting other celebs, like Drake, to join the cause.