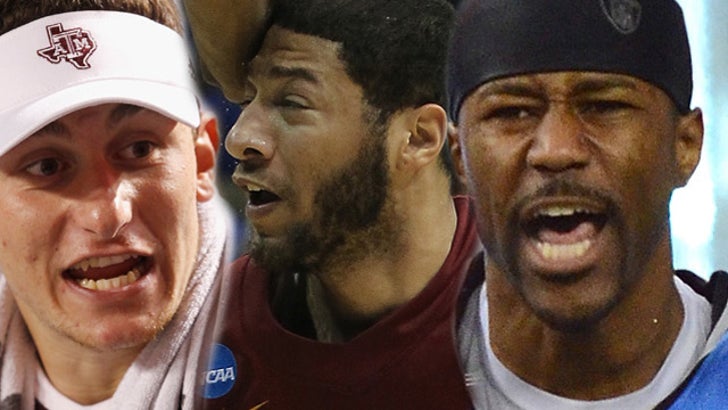 Gotta hand it to Johnny Manziel ... dude aims high -- the controversial QB says he'd love to party with Charlie Sheen! Most college kids would say the same thing ... but considering his track record, is it stupid for Johnny Football to say it?

Plus, Royce White went from NBA first-rounder to NBA bust in one year, and TMZ Sports uncovered part of his problem -- cussing out Houston Rockets team officials. Were his mental health issues just too much to handle?

And Detroit Lions star receiver Nate Burleson joined us to talk about the team's amazing comeback, and his big score -- FREE PIZZA FOR A YEAR!! Yeah, he's pretty popular in the locker room now.