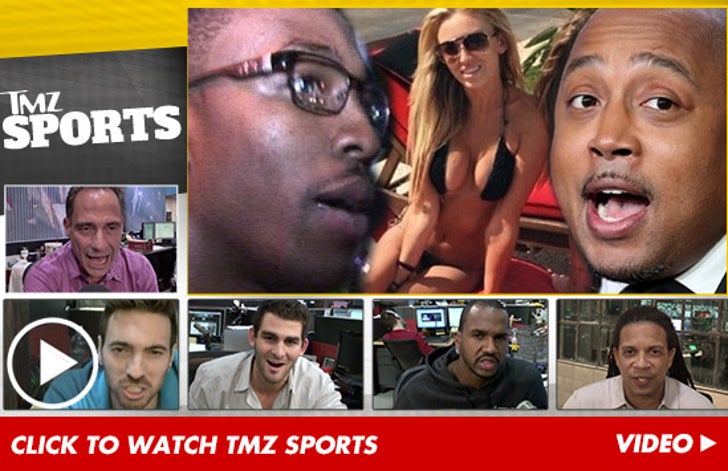 One of Dwight Howard's fans had a hellish night at Staples Center -- detained for hours, and almost arrested ... because he accidentally dropped a ball on Dwight. Did security overreact, and should Dwight have snitched in the first place?
Plus, when Wayne Gretzky's ridiculously hot daughter catches on fire there's only one thing to do -- get her out of her clothes, STAT! We broke the story ... how Paulina Gretzky was saved in a crowded bar.
And "Shark Tank" star Daymond John has Chicago Bears fans clamoring for a new product he's backing. After "Graterheads" debuted on MNF ... are those "Cheeseheads" lids on the way out?