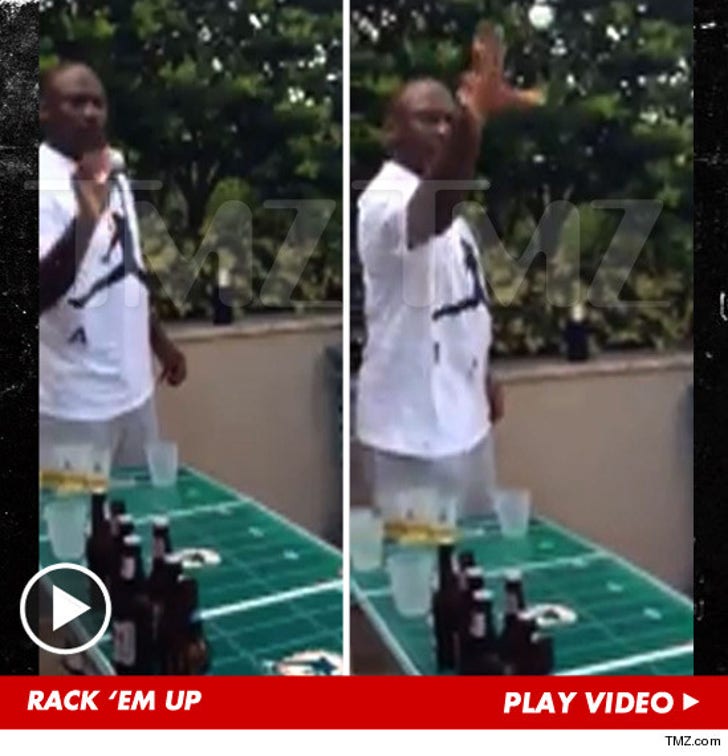 This has to be the greatest wedding day story ever -- some lucky groom in Miami played beer pong against Michael Jordan just hours before tying the knot ... and he didn't just WIN ... he got to rap those "Game 6" Jay-Z lyrics right in Jordan's face.

We got a clip of the epic showdown -- shot at the Ritz-Carlton Friday afternoon before MJ was supposed to go to another wedding -- and we're told it was a real close match ... Jordan vs. The Groom ... coming down to one cup on each side.

According to our extremely drunk eye witnesses, Jordan narrowly missed his last shot, bouncing it off the rim, and the groom responded with a devastating sinker.

The video is incredible -- they're listening to "N***** in Paris" while they play, and everyone starts rapping when the lyrics come up ... "Jackson, Tyson, Jordan, Game 6."

You gotta see Jordan's reaction. The groom will be telling this story for the rest of his life. 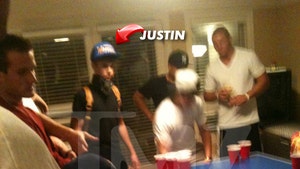 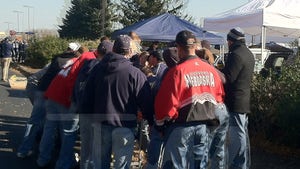