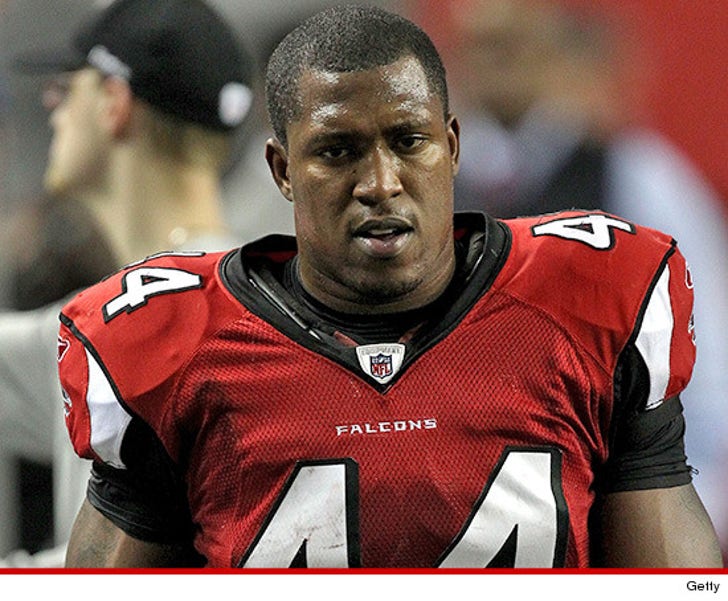 Atlanta Falcons RB Jason Snelling got busted for pot possession ... and, according to cops ... he tried to swallow some of the green buds -- a move he probably learned from the movie "Super Troopers."

Snelling was pulled over in a black Lincoln Navigator around 3:35 AM Friday in Winder, GA for failure to stay in his lane. Cops say they caught a whiff of ganja during the stop, and Snelling admitted he smoked up earlier.

Here's where it turns comical ... while officers were searching Snelling's ride they noticed him repeatedly swallowing, and asked him to open wide -- and police say they saw green leafy particles in his mouth.

Besides the leftovers ... police also found a marijuana grinder in his vehicle -- and arrested him, naturally at 4:20 AM, on a slew of charges: possession of marijuana (less than an ounce), possession of paraphernelia , driving on an expired license, and failure to maintain lane.

Lesson for Snelling -- don't try everything you see in the movies. Allegedly.