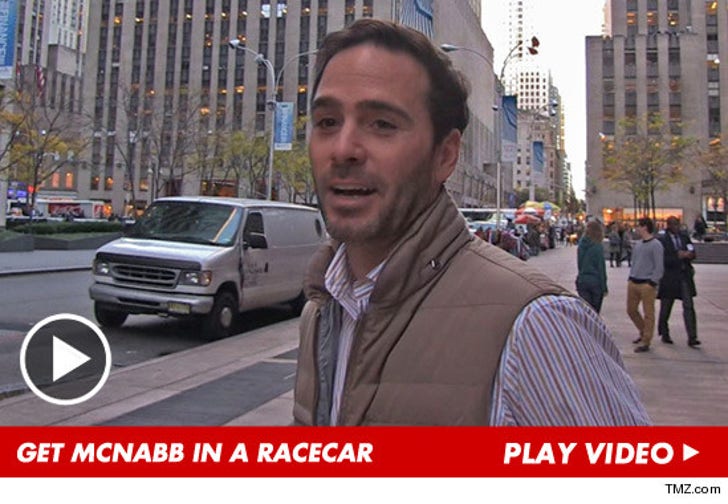 Jimmie Johnson tells TMZ Sports ... Donovan McNabb was talking out of his ass when the QB said race car drivers aren't athletes ... and JJ says he'll crush him on the track to prove it.

Of course, the racing world went crazy this weekend ... when DM went on Fox Sports 1 and told Erin Andrews, "Do I think [JJ's] an athlete? Absolutely not."

Well, JJ was in NYC today and although he handled Donovan's jab with class -- it's clear he's itchin' to teach the the former NFL star a lesson by whoopin' him in a race.

FYI -- ESPN ran a Sports Science special on racing back in 2011 and said that testing proved race car drivers have some of the best reaction times, endurance, strength and concentration in any sport.