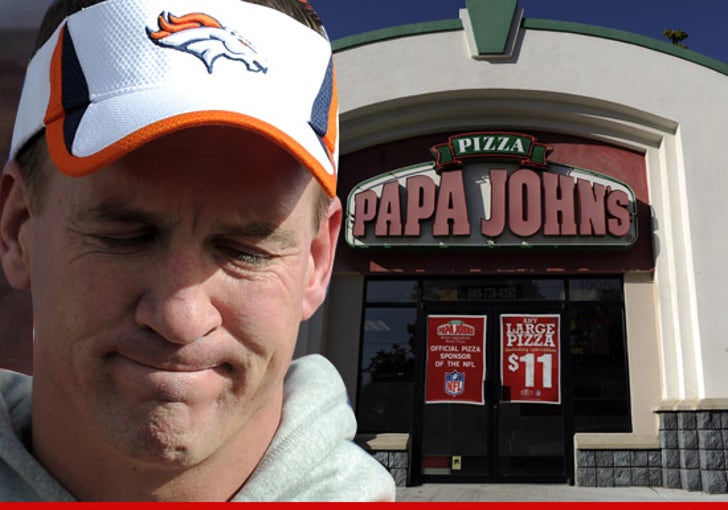 While Peyton Manning was crushing the Kansas City Chiefs ... he got robbed -- one of his Papa John's stores was hit by armed thieves last night in Denver ... TMZ has learned.

Police tell us the caper went down around 7:30 PM -- right in the middle of Peyton and the Broncos big game -- at the PJ's near the University of Denver.

We're told two masked suspects with guns walked in to the store ... demanded employees hand over the money from the register ... got the loot, and then made a clean getaway.

No one was injured during the robbery, and it's unclear at this point how much cash the crooks got.

Police believe the suspects are guys in their 20s -- and say their description matches several other robberies in the area last night.

Peyton won't be hurting too bad -- he owns 21 Papa John's in Colorado, and as we told you ... they've been killing it lately.