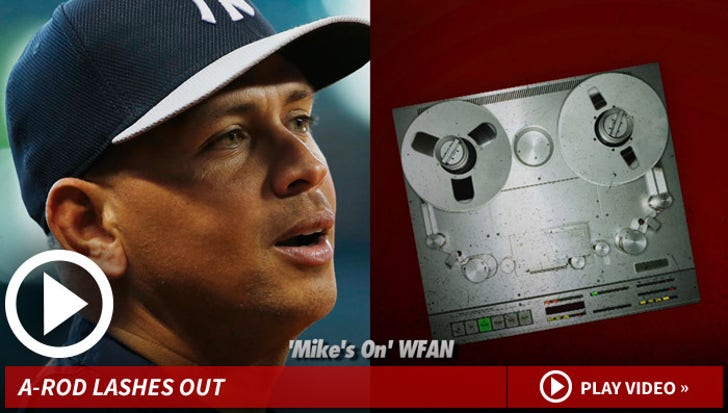 Alex Rodriguez is demanding a face-to-face with MLB Commissioner Bud Selig-- and when he didn't get it today ... he went nuclear in an NYC courtroom and stormed out, accusing Selig of being chicken.

A-Rod snapped during the arbitration hearing for the appeal of his 211-game suspension for alleged steroid abuse -- but things got ugly when the NY Yankees star found out Selig was a no-show.

A-Rod reportedly slammed his fist on a table, shouted at an MLB exec, “You’re full of s**t and you know it” -- then bolted.

Rodriguez made a beeline for WFAN radio with Mike Francesa, and let loose on the commish, ranting ... "What we saw today, it was disgusting and the fact that the man from Milwaukee that put this suspension on me without one bit of evidence ... and he doesn't have the courage to come look me in the eye?"

That was just the start ... A-Rod also claimed Selig is out to destroy him before he retires from the commissioner's office.