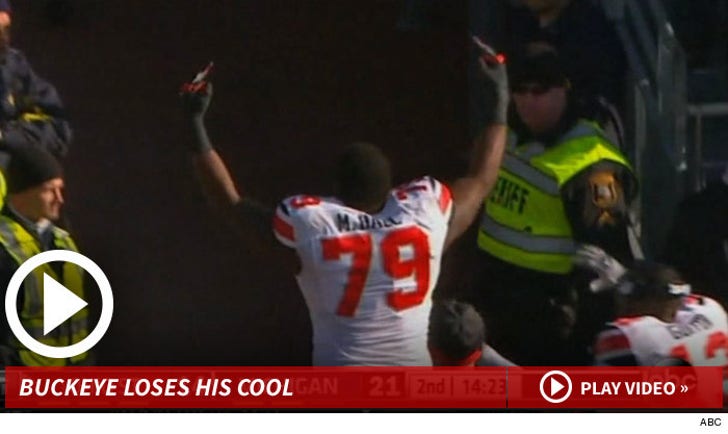 Ohio State and Michigan's rivalry game just erupted in a huge fist fight that got three players tossed ... and ended with one of them flipping off the Big House.

The brawl broke out at the end of a play, and three players (one Wolverine, two Buckeyes) threw punches and got themselves ejected from the biggest game of the year for both teams.

But the craziest part of the melee went down on the sidelines -- OSU offensive lineman Marcus Hall threw a tantrum after getting thrown out of the game ... and while he was on camera, threw up double middle fingers to the 110,000 fans in Michigan Stadium.

ABC is airing the game, but probably won't get in trouble. In the past, the FCC has been lenient with inadvertent profanity during live sporting events.

Hall might not be so lucky -- the FCC can't touch him, but the NCAA can.