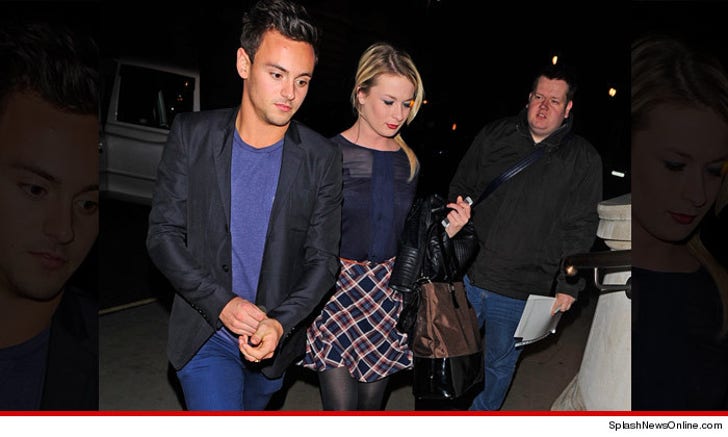 But the bigger story is who WASN'T there ... namely, Tom's rumored boyfriend Dustin Lance Black -- the screenwriter who won an Oscar for "Milk."

When Tom made his big announcement on YouTube Monday, he said he was currently in a relationship with a man ... but didn't identify the guy.

Tom noted that he still digs chicks -- but right now, he's into dudes and "couldn't be happier."