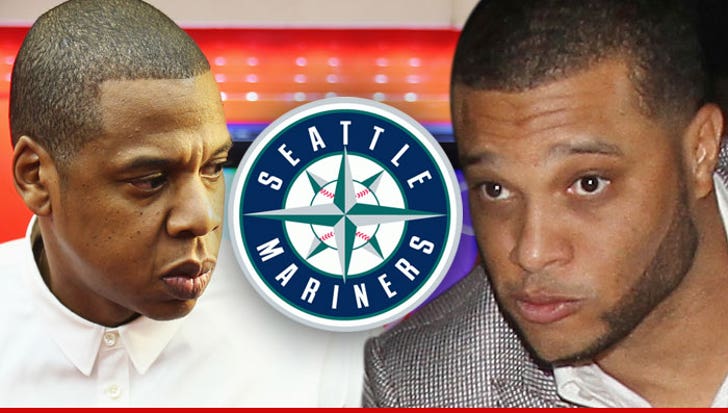 Jay Z (who runs Roc Nation Sports) just sealed a $240 MILLION deal for his MLB client Robinson Cano ... which sounds great, until you remember they were gunning for $310 mil.

Cano just inked a 10-year, $240 mil contract with the Seattle Mariners ... which ties for the 3rd largest contract in MLB history.

But we gotta wonder, is Cano disappointed in the deal, considering he was reportedly seeking a $310 million contract ... and fell $70 million short of his goal.

When Jay took Cano, he even bragged about it in a rap lyric -- "Scott Boras, you over baby. Robinson Cano, you comin' with me."