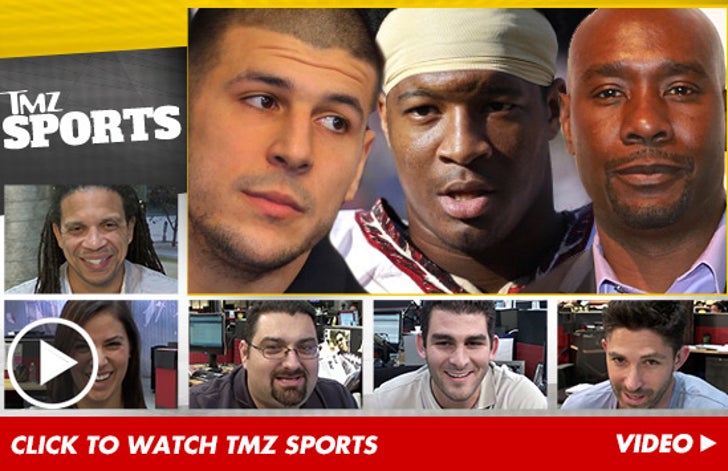 Aaron Hernandez is keeping up his skills behind bars -- his art skills! We got an Hernandez original off a letter he sent to a fan. Shouldn't the ex-Patriot be focusing on that little murder trial thingy ... instead of doodles of big booty chicks?

Plus, Jameis Winston got slammed with questions about the rape allegations ... just seconds after winning the ACC Championship. Was the reporter out of line ... or just doing her job?

And "The Best Man Holiday" star Morris Chestnut joined us to accept his crown as Hollywood's MVB -- Most Valuable Baller -- at least according to one ex-NBA star.